Was that big boom in the Eastern Cape a meteor strike? 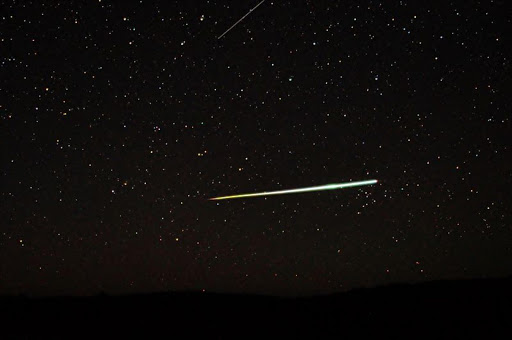 The Kouga municipality in the Eastern Cape is investigating rumours that a meteorite struck near the Patensie area on Sunday night.

A News24 user and several others described seeing flashes across the sky, as well as a loud explosion.

"We have heard the same rumour and our emergency services are going out this morning to go and check it out," municipal spokesperson Laura-Leigh Randall told News24 on Monday morning.

"The fire department did not get any calls on it."

Francois Greyling, a Democratic Alliance councillor in the Despatch area, who lives relatively near to Patensie, also heard an explosion.

"I studied in Potchefstroom where the army did bombing practice which had a distinct thumping sound. I was watching a movie with the kids and the wife, when I heard what sounded like a bomb going off.

"It immediately reminded me of that thumping sound," he said.

Greyling said he "though nothing of it" until he saw people talking on social media about a possible meteorite strike in the area.

A News24 user said on Sunday night: "Massive explosion... a series of  'several lightning flashes' were observed in Paradise Beach [Jeffreys Bay] in a westerly direction at 21:00 on 8th Nov followed by about approximately 3 minutes later the sound of a massive explosion as though a bomb had gone off."

@NASA is it true a meteorite landed in Patensie, South Africa on 8 November?

News just in. The loud explosion sound we heard #Jbay was in fact a meteorite impact. There has been meteorite strike in Patensie area.