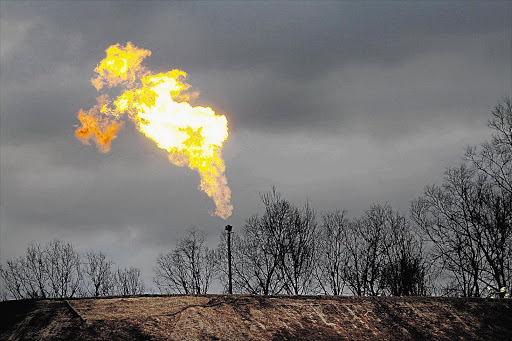 A new meta-study, published by the online journal PloS One, has found that 84% of public health studies between 2009 and 2015 have findings which indicate public health risks.

This is of concern to us in South Africa, because our government announced in March that exploration for shale gas would begin in the next financial year.

Now how Fracking works is by digging wells of about four kilometres, and then pumping a cocktail of water and chemicals into the well to crack the shale and release the gas it holds.

There is believed to be about 147.828 trillion cubic metres of shale gas in the Karoo.

However environmentalists and farmers are concerned about what happens if that process ends up polluting the environment.

And a video went viral recently showing an Australian MP setting a lake on fire.

The new meta study, led by Director of the Environmental Health Program at PSE Healthy Energy Jake Hays found that a clear majority of research shows contamination and ill health effects in areas that have fracking.

However one should bear in mind that these studies were preliminary investigations, and correlation doesn’t necessarily equal causation.

When asked about what specific pollutants are associated with fracking, Hays said that the most common pollutants of concern when it comes to air quality are:

However these aren’t necessarily the pollutants that are the most commonly produced – they’re the really scary ones.

“Pollutants of concern for water quality are too numerous to list given the make up of fracturing fluids and wastewater produced by the process, but here are a few: methylene chloride, heavy metals (e.g., arsenic), fluoride salts, NORM (naturally occurring radioactive materials, e.g., radium),” Hays told Times LIVE.

While research has been done on the effects on livestock, and found that fracking has health impacts on animals, Hays cautioned against jumping to conclusions with regards to eating Karoo lamb.

“Many toxins bioaccumulate, so in theory fracking could impact how safe it is to eat a lamb from the region, but this would depend entirely on exposure and at this point it would be far too speculative to comment on this point,” Hays said.

When asked about cleaning up contaminated groundwater, Hays said most of the research he’d seen focused on prevention as cleaning water is a difficult task – however he cautioned that it wasn’t his prime area of research.

“I'm sure there is a broad, substantive body of literature on water quality remediation that may be relevant to cleaning this type of contamination, but this is not my area of expertise,” Hays told the Times LIVE

“There are a number of measures and technological innovations that can make fracking safer, some of which have been implemented in parts of the US. Among others these include:

That said, safer is still not perfection, as Hays warns “Stronger regulations that demand better practices are obviously welcome, but many hazards and elevated risks will remain given the inherent nature of the industry and the sheer magnitude of operations required to extract natural gas from shale.”

Finally, while the weight of scientific research says there are dangers to fracking, it is difficult to assess how big these dangers really are.

"Many epidemiological studies are expensive, time consuming, and often rely on data that are difficult to obtain. The fact that potential exposures would have taken place before background data could be collected only complicates the issue. Although there is quite a bit of evidence of hazards and elevated risks, drawing conclusions about the magnitude of health burdens attributable to UNGD remains difficult from an epidemiological perspective," the study cautions.