A cheetah has been knocked down and killed in the Kruger National Park. 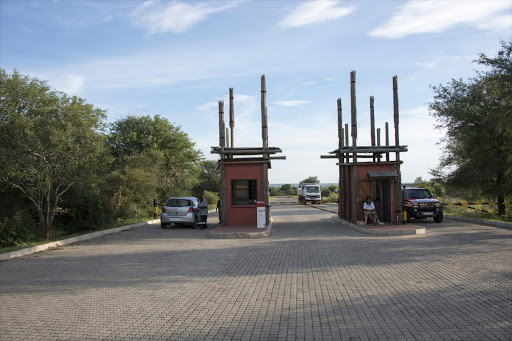 And now witnesses are being asked to help identify the culprit.

A photograph of the cheetah - lying on its side on a tar road‚ with blood oozing from its mouth - was posted on Facebook by Ralf Kalwa‎ on Wednesday.

"Near the Jock Turn Off‚ Kruger National Park. She was one of 3 siblings‚" he said in a post about the photograph.

"To my knowledge the culprits are unknown at this stage and speculations as to who is or was involved will not solve anything. Please drive safely," he said.

"Shocking‚" was the reaction from Duncan MacFadyen.

SANParks spokesman Isaac Phaahla said a ranger was alerted to the carcass of a sub adult female cheetah lying in the road on Tuesday.

"On his arrival‚ he observed that rigor mortis was already setting in which meant the animal must have been killed hours before his arrival. There were no witnesses at the scene and the Ranger alerted all the gates in that vicinity to be on the lookout for a damaged vehicle‚" he said.

SANParks management and the Kruger National Park has appealed to anyone with concrete evidence about the incident to come forward‚ "so that the culprit can be identified and punished accordingly‚" he said.

There was initially speculation about the motorist involved in the collision being a government minister‚ but this was refuted.

Another SANParks' spokesman William Mabasa said on Facebook that‚ "The story of the minister is not true because there was no minister in Skukuza yesterday or anytime this week‚ and there is no one in the OPS room who has that information."

Visitors entering the park are warned to drive carefully. "Stick to the speed limit! All general rules of the road apply within the Kruger National Park. The speed limit is 50 km/h on tar roads and 40 km/h on gravel roads‚" says the rules posted on its website.

"Driving or operating any vehicle in a reckless or negligent manner or in a deliberate disregard for the safety of a person‚ animal or property is a serious offence and can result in a summons being issued‚" say the park rules.

The driver of a delivery truck owned by a contractor working in the park was fined R2500 in 2012 after colliding with a herd of impala‚ killing seven of the animals‚ while overtaking a vehicle at high speed near Skukuza. There was a public outcry over the incident‚ resulting in a further penalty of R21000 against the contractor for failing to comply with park rules. The truck driver was banned from entering the park for five years.