You can't sell your donkey on Gumtree 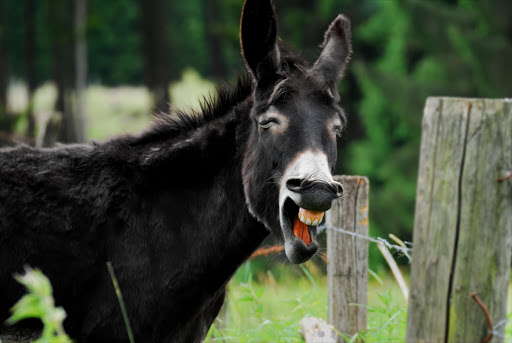 After a spate of news reports exposing the poor transport and cruel slaughtering conditions of donkeys‚ Gumtree South Africa has taken the decision to prohibit all advertisements for live donkeys and donkey hides.

The hides are being used to produce Chinese ejiao (that is falsely believed to have medicinal value).

According to Gumtree spokesperson Claire Cobbledick‚ the company was made aware of the issue by both the SPCA and Ban Animal Trading‚ and decided to take action.

“While there are many reputable farmers who trade in donkey hides and live animals‚ we decided that extreme measures would be necessary to prevent further unsavoury practises.”

Gumtree initially suspended the sale of donkey hides after a Carte Blanche expose aired on January 29‚ and has extended the ban further.

According to a letter distributed by Ban Animal Trading‚ animal welfare organisations in South Africa are regularly receiving reports of donkeys slaughtered in rural areas for their skins.

The National Council of Society for the Prevention of Cruelty to Animals states that “donkeys are being rounded up stolen‚ then transported and brutally slaughtered for their skins” (this can include bludgeoning them the head and even skinning them alive).

Even before the slaughtering‚ these donkeys are subjected to terrible living conditions (some being starved) as well as horrific transportation situations (including with no access to food or even water).

Gumtree said it has significantly restricted the sale of animals on their platform over the last 12 months‚ including banning the sale of primates‚ sugar gliders‚ African Greys‚ teacup piglets‚ hedgehogs and dogs deemed vulnerable for use in dog fighting.