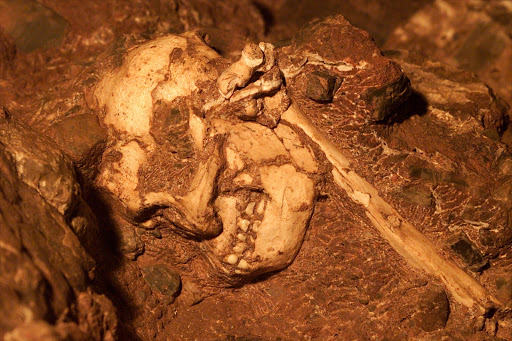 Little Foot‚ the beloved skeleton of Australopithecus africanus found in the Cradle of Mankind in 1980‚ is under the spotlight again for its mysterious age that has flummoxed researchers for two decades.

In 2015‚ after many varying estimates and papers were published‚ Little Foot was dated using new technology at 3.67-million years old.

But today‚ the South African Journal of Science has published a paper by Professor Jan Kramers‚ from the University of Johannesburg‚ and Professor Paul Dirks‚ from James Cook University in Australia‚ which says that Little Foot cannot be older than around 2.8-million years.

In 1980‚ four small ankle bones were found and then‚ from 1997 onwards‚ the rest of the skeleton was painstakingly uncovered.

“In the years since‚ researchers from many countries have tried to determine Little Foot’s age and its place in the species classification of hominids‚ the early ancestors of humans who lived millions of years ago‚” says Dirks.

The dating of Little Foot has always posed a problem to scientists because of the dearth of volcanic layers that surrounded it.

Scientists first dated Little Foot as being 3.0 to 3.5-million years old (thought to be the oldest known example of hominids in SA).

Subsequent studies asserted it was only 2.2-million years old.

But now‚ the jury is out once again.