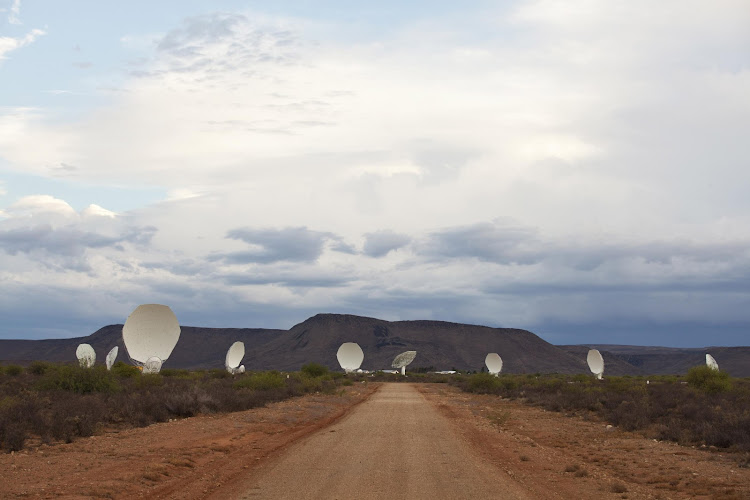 On Thursday the SKA radio telescope project - 70% of which will by hosted in the Northern Cape - signed an agreement with the European Laboratory for Particle Physics (Cern) on a collaboration in the area of extreme-scale computing.

When it is complete‚ the SKA will produce around 3‚000 petabytes of data each year‚ more than ten times what Cern has produced in the last seven years through its particle accelerator‚ the Large Hadron Collider.

One petabyte is equivalent to 1-million gigabytes and the SKA will generate enough data to fill 4.5-million standard 4.7GB DVDs a day.

The agreement establishes a framework for collaborative projects that addresses joint challenges in approaching exascale computing and data storage.

"The signature of this collaboration agreement between two of the largest producers of science data on the planet shows that we are really entering a new era of science worldwide‚” said SKA Director-General Professor Philip Diamond.

“Both Cern and SKA are and will be pushing the limits of what is possible technologically‚ and by working together and with industry‚ we are ensuring that we are ready to make the most of this upcoming data and computing surge."

Head of Astronomy at the University of Cape Town Professor Patrick Woudt said that the value of the collaboration was to build on shared expertise‚ and that a lot of strides had already been made locally to prepare for the data influx.

“South Africa is also a strong player in Cern and there are large SA groups working on Cern. So bringing those two communities together in SA can only strengthen our position within these international projects.”

Woudt believed that there would also be positive spin-offs for local business‚ including small to medium enterprises‚ and that a number of new companies had already been formed in SA to deal with data science and analysis.

Professor Eckhard Elsen‚ the Cern Director of Research and Computing‚ said that as the research centre’s demands increased with a planned upgrade of the LHC‚ they wanted to expand the concept by using “common ideas and infrastructure” and that “SKA will be an ideal partner in this endeavour”.