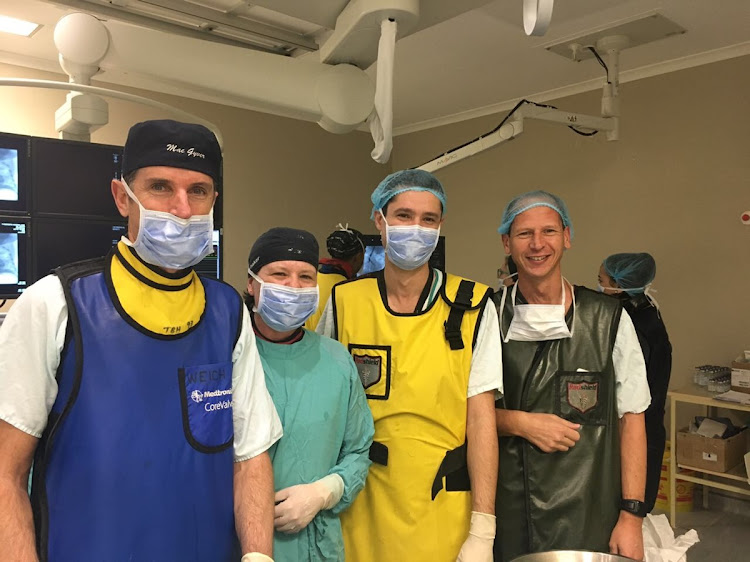 When Ruzain Hermanus was just five months pregnant‚ she went into kidney failure with the cause unknown.

She then faced the ultimate dilemma: terminate her pregnancy since her own life was in peril‚ or keep going and put it in fate’s hands.

“My husband and I decided to take a chance‚” said Hermanus.

At seven months‚ under medical advice not to push it any further‚ she gave birth to a little boy – Wyatt Hermanus.

At just 2kg and with his organs not fully developed‚ it was now his life that hung in the balance.

He soon developed numerous medical conditions including severe narrowing of one of his airways due to lung disease.

Air was getting trapped in the tissue outside the tubes and air sacs of the lungs.

His life had been saved by a balloon and catheter that were in used in ground-breaking surgery at Tygerberg Hospital in Cape Town.

This is the first time in the country this technique has been used to save the life of a premature baby.

“I’m feeling very blessed and also grateful to the doctors for saving my son’s life‚” she told TimesLIVE‚ saying that her “faith” had helped her through the process.

Professor Pierre Goussard‚ head of Paediatric Pulmonology and Paediatric Intensive Care at Tygerberg Hospital‚ was the doctor who performed the procedure.

“In order to save Baby Hermanus‚ our medical team needed to perform a balloon dilatation - a technique that uses a catheter with an inflatable balloon to widen the lung. The widening of the lung would assist the patient in breathing better‚ which was crucial in order for Baby Hermanus to survive‚” he said. 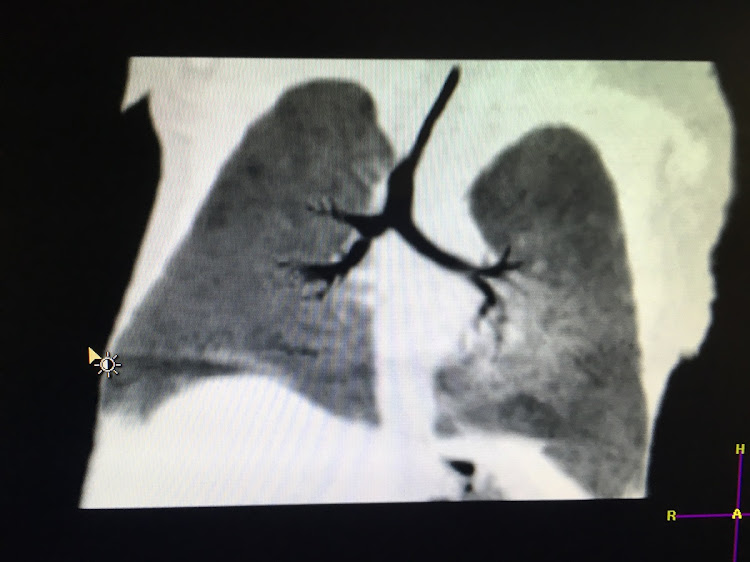 “Under anaesthesia‚ a guide wire was inserted into the airway and then a balloon over the guide wire. A contrast was injected to see the length of narrowing of the airway. A balloon was inflated to twice the normal car tyre pressure.”

After this is done‚ a second set of pictures and measurements are taken to see what changes have been engendered. The doctor then takes out the balloons and catheters and covers the incisions with a bandage.

In future‚ more dilation may be required‚ but Baby Hermanus’ lung has been saved.

According to UNICEF‚ the mortality rate of premature babies is three times higher than newborns of full-term pregnancies.

“A premature baby is not just a very small baby. Premmies are at risk since the support and protection of the womb is abruptly removed while the immature organs still need to continue their development‚” according to medical online resource Little Steps that focuses on premature babies.

This is “especially true of the brain”‚ but also the lungs.

Approximately 15 million babies are born prematurely each year accounting for more than one in 10 of all babies born worldwide and require intensive care for many weeks and months‚ impacting on hospital resources‚ but many are able to live fulfilled lives.