First peek at surface of star with a red twinkle 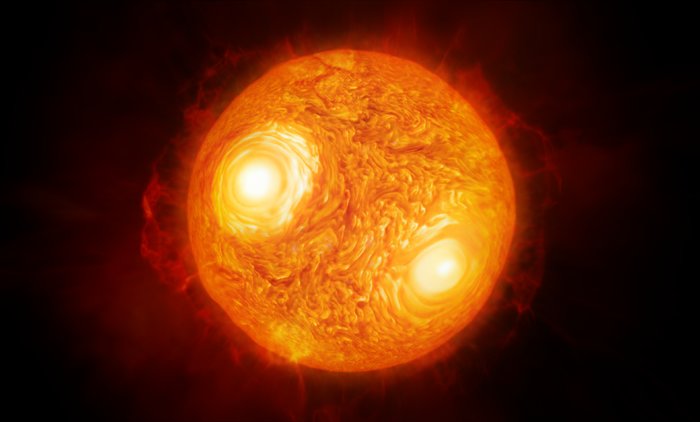 If you've ever looked at the night sky and wondered about an elusive star that has a red tint to it‚ you've been looking at Antares in the constellation of Scorpio.

Now‚ for the first time‚ a team of astronomers have been able to piece together an image that gives us a sense of what the surface of a star other than the sun might look like if we weren't so far away on earth.

Antares is a red supergiant star in the late stages of life‚ on its way to becoming a supernova.

A supernova is the explosion of a star at the end of its life‚ and it can briefly outshine entire galaxies and radiate more energy than our sun will in its entire lifetime.

Led by Keiichi Ohnaka at a university in Chile‚ the team used highly advanced telescope technology to map Antares's surface and measure the motions of its surface material.

This is "the best image of the surface and atmosphere of any star other than the Sun"‚ said Ohnaka‚ who is also the lead author of the paper.

“How stars like Antares lose mass so quickly in the final phase of their evolution has been a problem for over half a century.

Ohnaka explained that‚ using the European Southern Observatory’s telescope technology‚ they were able to “directly measure the gas motions in the extended atmosphere of Antares — a crucial step towards clarifying this problem. The next challenge is to identify what’s driving the turbulent motions.”

Using the new results‚ the team also created the first two-dimensional velocity map of the atmosphere of a star other than the Sun.