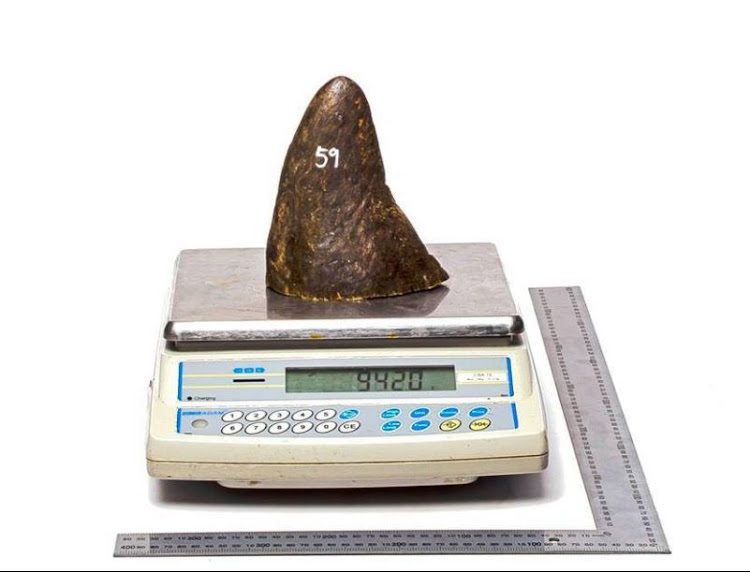 Exactly 264 horns were put up for sale this week by rhino horn baron John Hume during a 72-hour long online auction.
Image: Supplied

The world’s first allegedly legal online auction of rhino horns by South African rhino breeder John Hume drew to a close late on Friday amid continued silence from government and the breeder.

Although the sale of horns in South Africa has been ruled legal following a series of recent court battles‚ it remains illegal under an international treaty to sell any horns commercially at a global level.

Sources indicated that the final bidding and post-auction verification process would wrap up late on Friday evening‚ when Hume was expected to issue a statement.

The 75-year-old former property developer‚ who has a herd of more than 1 500 rhinos at his wildlife ranch in North West‚ has angered several wildlife and animal welfare groups by putting 264 rhino horns up for sale in an online auction.

The world’s first online rhino horn auction by South Africa rhino baron John Hume has kicked off‚ with no public indication of the prices that ...
News
4 years ago

The 72-hour long online auction by Pretoria-based Van’s Auctioneers began on Wednesday afternoon and was due to finish at 2pm on Friday.

However‚ it is understood that the cut-off period was extended automatically after each electronic bid was placed‚ with indications that there was keen interest in the online auction that was advertised on social media in Chinese‚ Vietnamese and English.

Environment Minister Edna Molewa has not responded to requests for comment‚ though officials in her department are understood to have monitored the auction closely.

Hume has argued that selling horns “legally” rather than via the black market will help to reduce rampant poaching by illegal criminal syndicates – but opponents believe that that with no known domestic demand‚ horns are likely to be moved to the East.

They also argue that Hume’s auction sends a mixed message to major consumer markets in China and Vietnam at a time when several conservation groups are lobbying hard to halt any use of horns in Traditional Chinese medicine‚ for “hangover cures”‚ ornaments or status symbols.

In an editorial by Africa Geographic this week‚ WildAid chief executive Peter Knights commented: “On the surface‚ the auction might appear to be a harmless propaganda exercise‚ but it may in fact signal a deepening of the rhino crisis.

“The domestic market for rhino horn in South Africa is small‚ and history shows that criminals will exploit all possible loopholes to obtain horn for trafficking to markets abroad. Further‚ the track record of South Africa’s Department of Environmental Affairs (DEA) in regulating legal trade in rhino horn does not instill confidence.

“Conservationists fear that the majority of the rhino horn sold at the ‘domestic’ auction will be taken out of the country. Sellers must also be aware this‚ and the DEA would have to be extremely naive to think that the bidders will be buying purely for the domestic market. We should acknowledge the presence of the rhino in the room and recognise the proposed auction for what it is: the first stage of a wider plan to legalise the export of rhino horn‚ a plan that the DEA has already put in motion.”