More wild tales of the city 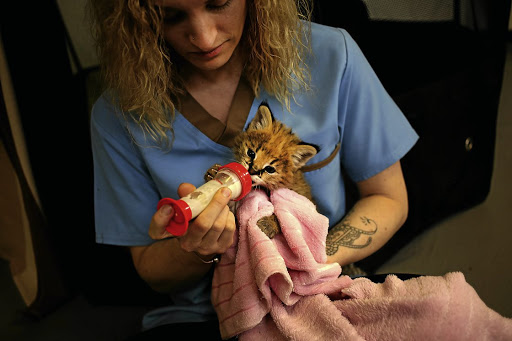 The scratches on the face of Karin Lourens speak volumes. The fine red web is courtesy of the orphan baboon on her shoulder. It has bonded with the vet as surrogate mother after being confiscated from a Randfontein home this winter.

As "Lucy" dangles and grips, Lourens grimaces and points out that the five-week-old baboon's cuteness is also her curse - it convinces some people that she'd make a great pet.

"Luckily for Lucy someone reported her owners and she was removed. She's young enough to be re-introduced into a wild troop," says Lourens, the full-time vet at the Johannesburg Wildlife Veterinary Hospital. The practice is the first of its kind in urban Gauteng dedicated to treating medium-sized and small indigenous wildlife for free, with the goal to rehabilitate the animals for release.

Its premises on a Midrand plot opened at the beginning of the year because Lourens, along with wildlife rehabilitation specialists Penelope Morkel and Nicci Wright, realised people just don't know where to turn when their paths cross with injured or sick wild animals in need of veterinary care.

"Local vets don't have the specialist knowledge or time to help these animals that aren't anyone's pets, even if they may want to," says Wright.

The practice is a non-profit organisation. It operates on donations and its wish list runs long - including everything from theatre tables and lights to a washing machine, generator, heating pads and incubators. 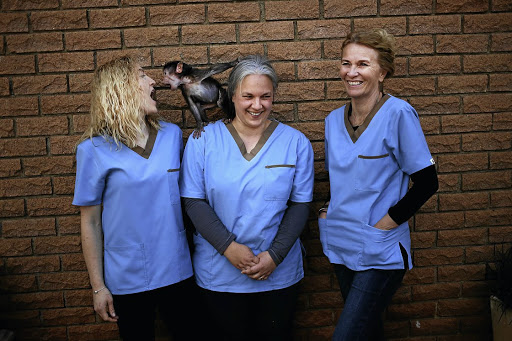 But even as funding gaps exist the animals keep arriving. There's a serval kitten with hind-leg injuries that's receiving hydrotherapy and acupuncture with promising results. There are also tortoises, bats, birds (including a fish eagle) and an African striped weasel.

Together the trio of vets have experience treating more than 350 wildlife species.

"We have animals coming from all over, not just Gauteng. Sometimes we've had to drive to fetch an animal and we've even given advice over the phone to people in the Congo," says Wright.

She adds that the animals receive the best medical care possible, but if they're unlikely to heal sufficiently to be returned to the wild or to be further rehabilitated, they are euthanised - never kept as pets.

The tug of war over contested space between humans and urban wildlife is ever present as cities mushroom and natural habitats diminish. But the three vets say people can do more to co-exist happily with wildlife.

Morkel says it starts with a no-poisoning ethos, and then moves on to changing habits such as clearing bird feeding tables each day to discourage rat infestations, driving more mindfully to avoid hitting animals, and choosing to intervene with the help of professional advice.

"It's why we're here, because people often don't know what to do," says Lourens, still with Lucy firmly attached to her neck.

In a few days the baboon will be transferred to a sanctuary in Tzaneen.

"It will be a little sad to see Lucy go, but I'm happy she will be joining a wild troop. Being here with humans she isn't being a baboon and she deserves to live as a baboon," says Lourens.

Contact the Johannesburg Wildlife Veterinary Hospital on 071-248-1514 or check out www.johannesburgwildlifevet.com