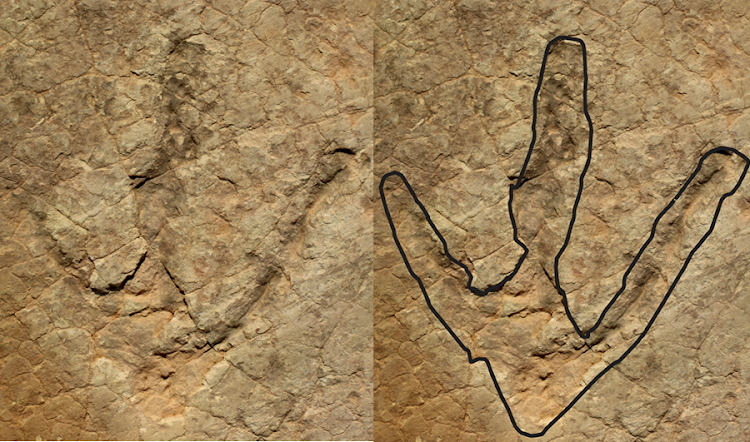 Imagine a huge meat-eating dinosaur licking his lips in hunger as he towers over all the other dinky creatures on the same landscape.

It might seem like the opening scene from a Steven Spielberg film, but now, an international group of scientists, led by the University of Cape Town, has evidence of this exact scenario.

Massive footprints of a mega-carnivore that was roaming around Southern Africa 200-million years ago have been found on an informal road near Maseru in western Lesotho, and the resulting study published this week in online science journal PLOS One.

At that time (the beginning of the Jurassic Period) even the larger carnivorous dinosaurs were “relatively small”‚ according to a statement released by UCT‚ around three to five metres in body length.

The footprints of this newly discovered three-toed dinosaur have revealed to the scientists a creature estimated to be 9m in body length (similar to the height of a two-storey building)‚ with a hip height of 2.7 metres.

It has been classified as a megatheropod (mega meaning huge‚ and theropod referring to carnivorous dinosaurs‚ who had short forelimbs and walked and ran on their hind legs)‚ and has been named Kayentapus ambrokholohali. 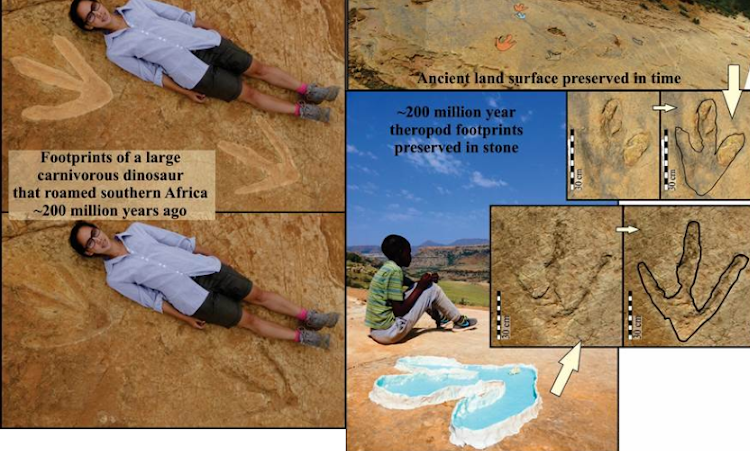 These gigantic footprints - 50cm wide and 57cm long – are a find that provides a whole new window onto that era.

They are the largest theropod tracks found on our continent from this period‚ and the only other place something similar has been spotted is in a mountain range in Poland.

UCT postdoctoral fellow Lara Sciscio‚ lead author on the publication and part of the discovery team‚ explained in online media outlet The Conversation how the finding fits into the broader discipline of untangling the dinosaur family tree: “The body fossil evidence for theropod dinosaurs in southern Africa is slim. Luckily the footprints they left behind are not. By studying these and other tracks as well as the bone fossil record‚ scientists are able to tentatively link footprints to potential trackmakers”.

She said that‚ to date‚ “we have no body fossil material to match the K. ambrokholohali’s footprints”‚ but that hopefully we will soon “discover more unusual footprints and‚ from there‚ body fossils that will help add to our understanding of the complex ancient world.”

A key part of that understanding in this case is why this creature was so much bigger than the others dinosaurs from that time.

According to Sciscio‚ the tracks appear “after a mass extinction event” which “allowed for the main competitors of theropod dinosaurs to be completely eradicated”.

She says that killing off the competition‚ coupled with changes in ecosystem composition‚ probably gave theropod dinosaurs “free rein” to dominate the landscape and resources in this era.