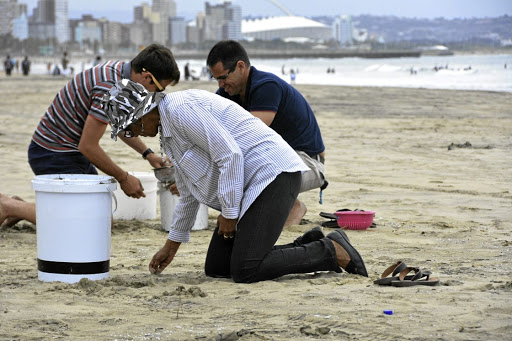 The tens of millions of plastic pellets that found their way into the sea after a megastorm are now likely to reach Mozambique.

The tiny pellets of plastic - known as nurdles - are the raw material used in the manufacture of plastic products.

"The worn-down micro-fragments block filter feeders and clog respiratory gills. They look just like fish eggs, which impacts birds as well as marine animals," she said.

It is likely that a container of nurdles fell from a ship during a storm on October 10. 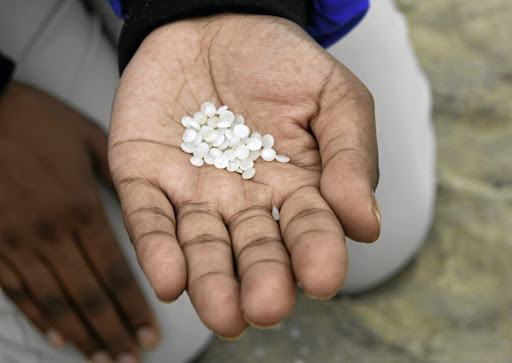 Reid said the lentil-sized pieces were most likely in the Agulhas current and would spread to Port Elizabeth and beyond.

Some nurdles have already washed up along the Transkei coast.

Conservationists are concerned that they may spread north and penetrate the iSimangaliso Wetland Park, a World Heritage Site.

Fuelling this fear is the fact that a 25kg bag of nurdles was found this week at Umlalazi Nature Reserve, more than 100km north of Durban.

Each bag contains millions of nurdles.

The issue, which has been referred to the Department of Environmental Affairs, is of national concern.

Cleanup efforts are under way along the province's coastline and the public has been urged to assist.