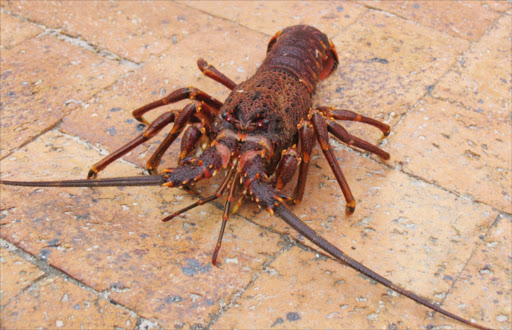 Kreef are disappearing into poachers' nets so fast that government officials can't accurately quantify the loss.

This emerged from an international panel workshop, including global fisheries stock assessment experts, last week in Cape Town, where poaching of west coast rock lobster - known by the Afrikaans name kreef - in South African waters was a key concern.

"To be honest, this is bad, a pretty unique problem," said André Punt from the University of Washington in Seattle.

"The (international) panel was very concerned to see the large estimates of poaching and the estimated increase over time. Things are not looking good for west coast rock lobster," Punt said.

The experts agreed that the absence of key information - such as how much illegally caught kreef is consumed locally - made combating the problem all the more difficult.

The government should act to improve overall monitoring of the situation in order to gain a better overall picture, the group said in its final report: "The panel strongly recommends that effort be made to link confiscation data to the type of monitoring that resulted in the confiscations, because the current lack of this linkage is a major source of uncertainty in estimates of trends in the extent of poaching," the report said.

"The existence of illegal catch at the levels reported to the panel is of very considerable concern for the future of this valuable resource," the report added.

Last week's workshop took place against a backdrop of increasing conflict over the kreef resource. The Department of Agriculture, Forestry and Fisheries decided not to decrease the overall total allowable catch despite a recommendation to do so from the west coast rock lobster scientific working group - set up to advise the government on managing the stock. However, the department has imposed an effort limitation which reduces the catch period, and could restrict some of the poaching which is difficult for government compliance officers to distinguish when operating alongside legal fishing.

Recent stock assessments suggest crayfish poaching may be as much as 10 times higher than previously estimated. The size of the resource has plummeted from an estimated 800,000 tons in 1910 to its current level of about 15,000 tons.

The department is under pressure to provide a quota for its new small-scale fishing sector, which will rely largely on kreef and linefish as a means of income. Community co-operatives are being set up along the coast to receive community quotas - a new system introduced in line with an Equality Court ruling several years ago.