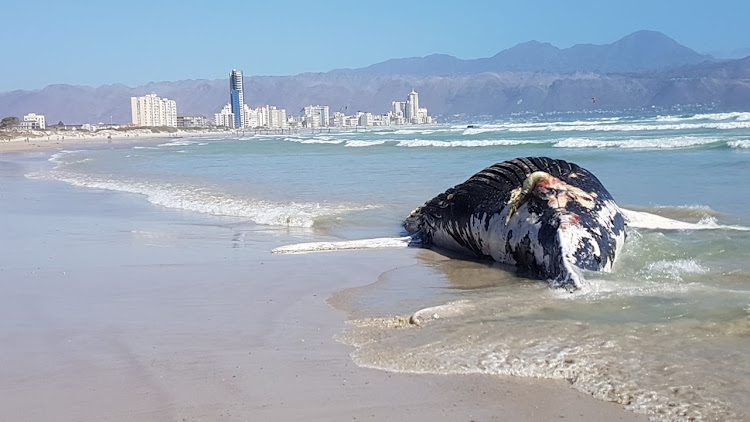 Part of Strand beach‚ in Cape Town‚ will be closed on Saturday for the removal of a humpback whale carcass that washed up on Friday.

A city council spokesman said: “The city’s coastal management team has reported that a large male humpback whale carcass of approximately 15 metres in length has washed ashore west of the Lourens River in Paardevlei. The cause of death is not yet known.

“The removal of the carcass will begin tomorrow at low tide. The beach area will be closed to the public tomorrow once the machines go on site.”

The spokesman asked beach-goers to stay away until the removal operation was completed by mid-morning.

“We further advise that the associated odours may linger after the carcass has been removed.”