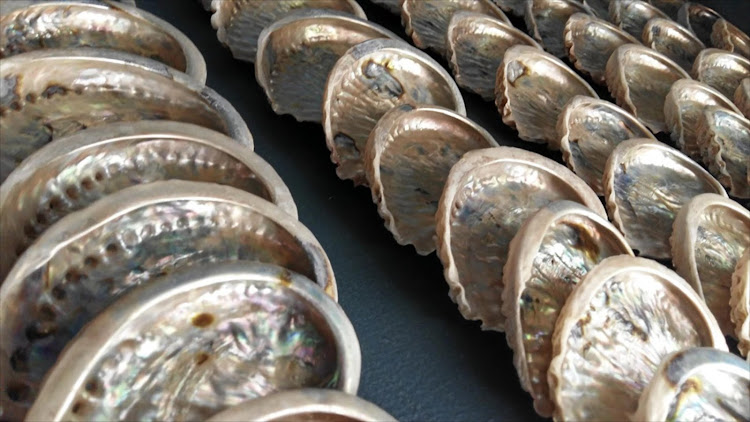 Eastern Cape cops have landed a hammer blow to an abalone smuggling syndicate with the seizure of 1.6 tons of abalone worth R2.6-million at Durban’s harbour on Wednesday.

According to a statement‚ the swoop by the Hawks Eastern Cape Serious Organised Crime unit followed a similar bust at the Port Elizabeth harbour in the Eastern Cape last month.

“During last month's confiscation 8.6 tons of abalone were seized. The abalone which was seized last month was valued at R18-million. No one has been detained‚ however arrests are imminent‚” stated provincial Hawks spokesperson Captain Anelisa Feni.

Seven people were arrested on Friday in Table View‚ Cape Town‚ for being in possession of rhino horn‚ abalone and rock lobsters.
News
4 years ago

The illegal trade in marine resources was dealt a blow this morning when an explosion at a house in Maitland exposed an illegal abalone processing ...
News
4 years ago