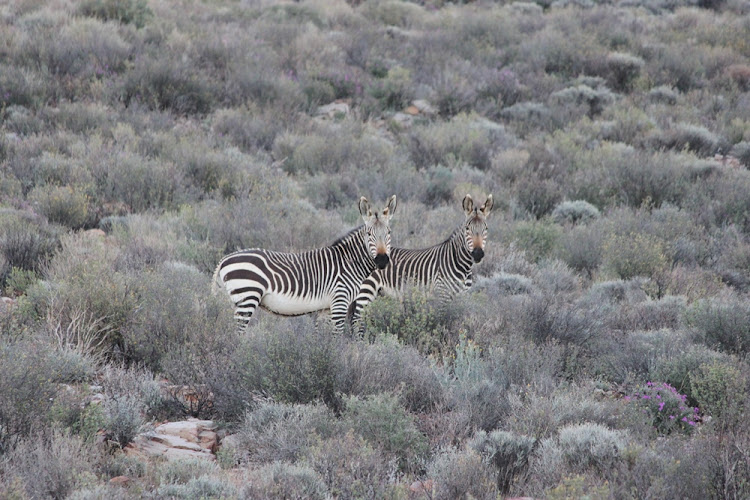 The Cape’s water crisis is inconvenient for humans‚ but for wild animals it is potentially lethal.

CapeNature said on Tuesday it is particularly worried about 42 Cape mountain zebra in its Kammanassie Nature Reserve in the Klein Karoo‚ between Uniondale and Oudtshoorn.

“Fountains‚ rivers and streams have dried up due to the severe drought‚” it said in a statement.

But the Cape Hunters and Gaming Conservation Association‚ better known as Kaapjag‚ has come to the rescue‚ donating a solar pump and a 5‚000-litre tank to the reserve.

“We decided to get involved because we are not only hunters but care for the environment as well‚ and conservation has played a role in Kaapjag’s activities since our establishment 34 years ago‚” said conservation official Gustav Smit.

Mozambique: the next premier wildlife destination?

Just beyond the Kosi Bay/Ponta do Ouro border, lies a spot that some believe could be the poster child for conservation in Africa: the 1,040km² ...
Lifestyle
4 years ago

The Kammanassie population is one of only three surviving Cape mountain zebra populations. CapeNature’s statement said it was genetically distinct from the other two populations‚ in Gamkaberg Nature Reserve and Mountain Zebra National Park.

“[It is] thus vital for the future conservation of this iconic animal‚” it said.

“Indications are that the future survival of the Cape mountain zebra metapopulation in the wild and within its natural distribution range may require ... the mixing of at least some animals from the three populations to avoid genetic bottlenecks.

“But growth of the Kammanassie population is negatively impacted by habitat availability‚ frequent wildfires‚ reduced rainfall and subsequent reduced water availability in the reserve.

“Cape mountain zebra are heavily dependent on water to drink on a daily basis. Mountain fynbos covers more than 80% of the reserve but of this‚ only the arid restioid fynbos and waboomveld habitats are preferred by mountain zebra. The suitability of these habitats for mountain zebra is‚ however‚ highly variable and impacted by these elements.

“Given the recent fires on the Kammanassie mountain in January and February this year‚ the population will continue to experience slow growth due to the burning of many hectares of young veld.” CapeNature CEO Razeena Omar said the hunters’ donation was “a fine example of a conservation partnership in action. As the conservation authority in the Western Cape‚ we value partnerships which add value to the conservation of our valuable and unique biodiversity.”