COMMENTARY: US changes its mind on trophy hunting again 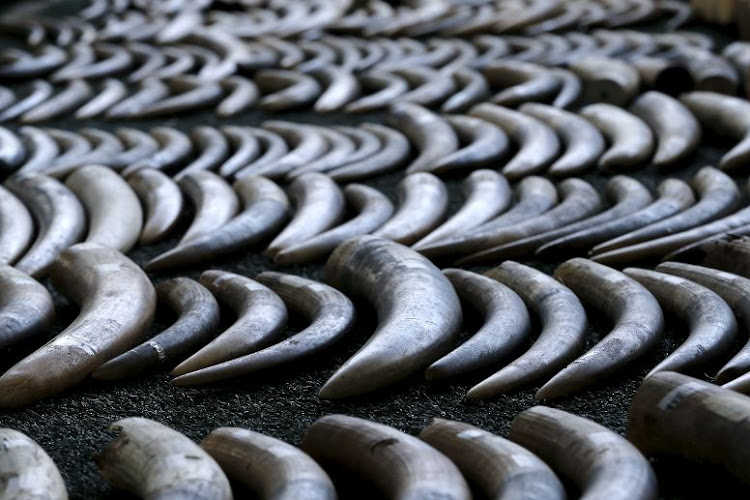 The US will now consider issuing permits to import elephant trophies from Zimbabwe and Tanzania on a case by case basis in the face of widespread condemnation from conservation groups.

The decision comes nearly four months after Trump stepped in to halt his own administration’s decision to again allow hunters to import trophies from elephants killed in Zimbabwe and Tanzania. The president called such trophy hunting a “horror show.”

No trade war yet with US due to planned tariffs, German minister says

German Economy Minister Brigitte Zypries said on Thursday a trade war had not yet erupted due to U.S. President Donald Trump's planned steel and ...
News
3 years ago

The memo also allows for elephant trophies taken from several other African countries like Namibia‚ Zambia and from South Africa this will include trophies of lions and bontebok.

According to the trade database of the Convention on International Trade in Endangered Species of Wild Fauna and Flora (CITES‚ almost 1‚700 lion trophies were imported into the US between 2014 and 2016 while American hunters have on average imported around 200 elephant trophies annually.

In 2014 the USFWS imposed a ban on American hunters importing elephant trophies from Zimbabwe and Tanzania‚ which currently has annual elephant hunting quotas of 500 and 50 respectively ‚ as hunting was poorly regulated and did not contributed to the conservation of the species.

Earlier this year‚ trophy hunting organizations in America condemned the import of lion trophies from South Africa citing that they were mainly from canned lion hunts.

Conservationists are concerned that the reversal of the bans by by Secretary Ryan Zinke of the Department of Interior and a proponent of trophy hunting‚ which oversees USFWS policy‚ is ignoring sound conservation practices.

Conservation biologist and environmentalist‚ Dr. Katarzyna Nowak‚ a fellow with The Safina Center in the United States‚ says: "While the Trump administration reverses bans on trophy hunting African mammals‚ it's also proposing to sever conservation funding earmarked for species U.S. hunters want to shoot such as African elephants."

President Donald Trump’s 2018 budget made extensive cuts to already underfunded programs to aid African nations in protecting elephants‚ rhinos‚ lions‚ pangolins and other endangered wildlife while the proposed budget for 2019‚ which was unveiled last month‚ would slash the funding for these programs by nearly half‚ from $12 million to $7 million.

“For African elephants‚” says Nowak‚ “this would mean $1.5 million in 2019‚ down from this year’s $2.5 million.” Nowak states that “if the USFWS won't be allocated the resources to conserve species like elephants‚ rhinos‚ tigers‚ great apes‚ and marine turtles‚ how can Secretary Zinke justify expending resources for a case-by-case system of granting wildlife trophy imports?”

“Also‚” she says “what does ‘case-by-case’ even mean?” The USFWS and the Department of Interior have not offered an explanation on the meaning or whether they even have the resources to adopt such as system.

It’s unclear if whether Trump himself supports the new guidelines but a USFWS spokesperson said cryptically in an emailed statement to the Huffington Post that Trump “has been very clear in the direction that his administration will go.”

“Unfortunately‚ since aspects of the import permitting program for trophies are the focus of ongoing litigation‚ the Department is unable to comment about specific next steps at this time‚” the spokesperson added.

The Interior Department also announced that it was establishing an International Wildlife Conservation Council (IWCC) to "advise the Secretary of the Interior on the benefits that international recreational hunting has on foreign wildlife and habitat conservation." This has met with severe criticism from conservation bodies.

In a statement the African Wildlife Foundation said: “In establishing the IWCC‚ Secretary Zinke is placing sole emphasis on hunting wildlife‚ which could have serious implications on wildlife conservation in Africa.”

The public council will hold its first meeting next week‚ on March 16‚ with registration on March 12.