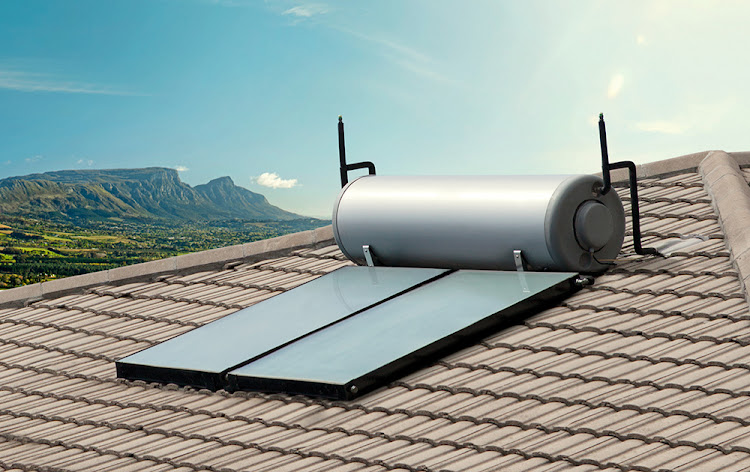 Bulelwa Makalima-Ngewana knows how much cash going green can save.

Four years ago, after signing up for “My Green Home” – an effort by the Green Building Council of South Africa to make buildings more energy efficient – her family saw their house in the middle-class suburb of Pinelands retrofitted with energy saving LED lights, low-flow showerheads and roof-top solar panels, as well as winter insulation.

As part of the green makeover, the family also learned to cut their energy use by hanging laundry out to dry rather than using a tumble dryer, switching off appliances that aren’t being used, and switching to washing laundry with cold water.

“My children were very excited as we got to do this as a family,” Makalima-Ngewana, a consultant at the University of Cape Town’s Graduate School of Business, told the Thompson Reuters Foundation.

Better yet, since joining the programme, her family’s energy costs have fallen by nearly 90 percent, she said.

As South African cities aim to battle the effects of climate change, from drought in Cape Town to the threat of rising seas and flooding in Durban, four cities have banded together to try to create zero-carbon buildings, which produce no contribution to climate change in their use of energy. 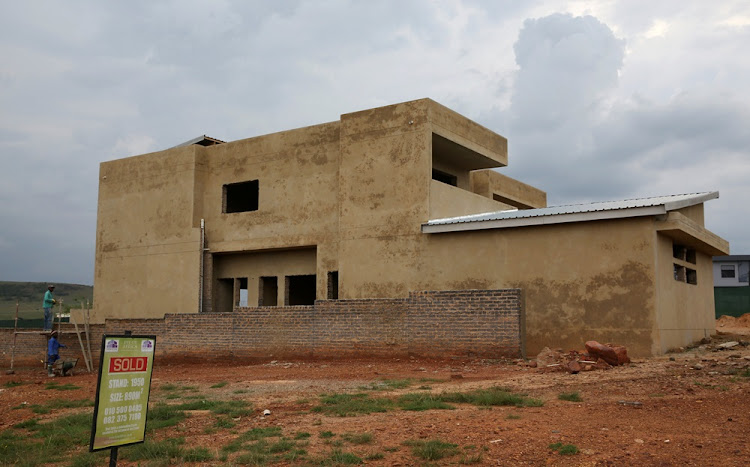 Workers are seen behind a "sold" sign at a construction site in Johannesburg on November 23 2016.
Image: REUTERS/Siphiwe Sibeko/File Photo

Tim Pryce, who runs C40 energy and buildings programmes worldwide, said the effort seeks to help South African cities rapidly scale up low-carbon building efforts and share what they learn with other cities.

Buildings make up the largest single source of emissions in C40 cities globally, with over half of the total emissions, he said.

“If we are to avoid hugely damaging impacts from climate change - impacts that will make the current water shortage in Cape Town look minor - we need to drive these emissions down as rapidly as possible, towards net zero carbon all around the world by 2050 at the latest,” Pryce told Thompson Reuters Foundation.

“Our target is to work with the four cities to bring policies, such as better building codes or more ambitious planning requirements, into effect by the end of 2020,” he said.

Building experts from Sustainable Energy Africa, an organisation that promotes equitable and low carbon clean energy development, will work with teams in the target South African cities to make that happen, he said.

“It is indeed a good thing,” said Thulani Kuzwayo, a marketer with the Green Building Council South Africa, which has certified over 300 "Green Star" buildings since 2009.

Climate change could cause a catastrophic loss of species in the Kruger National Park.
News
3 years ago

To achieve the certification buildings must be energy efficient, comfortable, handle waste responsibly and contain spaces that contribute to the health and well-being of their users.

Because many buildings are made to last up to 50-100 years, building them for efficiency can result in a huge savings in climate-changing emissions over time, Kuzwayo said.

However, South Africa is still at the early stages of adopting green building standards, he said.

“The problems encountered include the common perception that green buildings are expensive. They can be but they don’t have to be,” he told the Thomson Reuters Foundation.

Perceived elitism associated with green buildings also can be an issue, as people tend to view them as expensive, he said.

He said changes in how buildings are created must be led by governments “for the desired scale and impact”.

“If government leads in constructing and operating energy-efficient buildings, it will propel the adoption drastically,” Kuzwayo said.

FROM POWER TO WATER

Sometimes, the worries each city faces can help drive action.

In Cape Town, the “My Green Home” effort launched “right after the power utility, Eskom, had problems to provide adequate electricity in the country," remembers Makalima-Ngewana, whose household was chosen as one of the programme’s pioneers.

"People were challenged to come up with alternative ways to save and use power,” she said.

Now Cape Town has a new worry: water supplies, in the face of longer droughts linked to climate change.

Makalima-Ngewana’s family is now adapting to that as well, through things like reusing household wastewater as part of the city’s home greening efforts.

“Though the initial focus was strongly focused on energy saving – we still do it up to now – due to water problems we also now utilise our grey water at home,” she said.