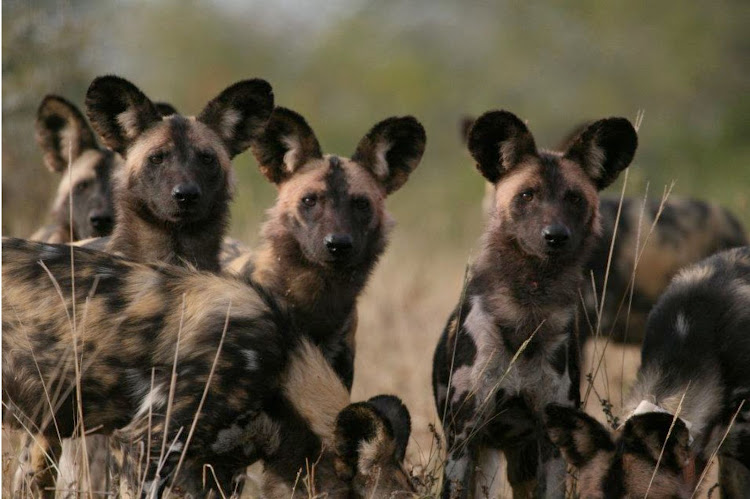 “What’s going to be fascinating is getting a complete digital picture of the movements‚ life cycles and activities of wild dogs‚” said Goldstuck.

“The result of that digital picture is that we will almost have an x-ray of the brain of the wild dog community‚ which has never been possible before. I can imagine the nature of this data will provide incredible insights into the efforts to conserve and protect the wild dogs.”

According to the World Wildlife Fund (WWF)‚ the African wild dog – or painted dog as it is also known – is Southern Africa’s most endangered large carnivore species. Between 3‚000 and 5‚000 individual dogs are left in the wild‚ making up 600 to 1‚000 packs.

Mitchell and a group of players will join Vodacom Red customers who have won the right to be part of the exclusive experience in the Kruger Park on June 23 and 24. Goldstuck and former rugby player Joe Pietersen will lead the pack of conservationists.

“The technology available for nature conservation is far ahead of the attempts to destabilise nature.

“Drones are being used to fight poachers in the Kruger National Park. Remote camera traps are being used not just to monitor species but also rediscover species. I have even read of a GPS device that tweets a shark’s location to nearby bathers.”

This warthog thought it could take a relaxing bath in a pond, but a pack of hungry wild dogs had other ideas.
News
3 years ago

A pack of African wild dogs took to the skies above Southern Africa this week on a remarkable journey that will hopefully provide one of the ...
News
3 years ago