Changing this one habit can help protect the environment 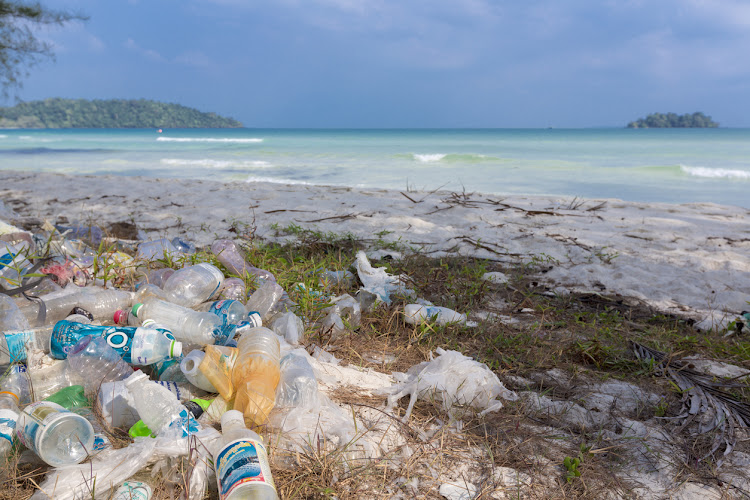 Plastic piles up on a beach.
Image: Gallo Images/iStock

People should think twice about accepting single-use plastic items - usually used for less than 20 minutes before being thrown away - which flood landfills and end up in the ocean.

This is the message that the World Wide Fund for Nature (WWF) has issued to coincide with World Environment Day 2018 on Tuesday. The annual event has been themed #BeatPlasticPollution.

The organisation said the around eight million tonnes of plastics were dumped into the sea across the world every year - the equivalent to a full truck-load of rubbish every minute.

It said that while plastic had many valuable uses‚ people had become over-reliant on single-use or disposable plastic‚ which had severe consequences for the environment. Our oceans and our health were particularly severely affected.

John Duncan‚ head of WWF South Africa’s Marine Programme‚ said people had spent centuries extracting and consuming the planet’s resources and then simply discarding what was leftover into the ocean or landfills.

“Not too surprisingly‚ our natural ecosystems are now reaching the point where they can no longer absorb our waste and we are starting to witness natural feedback cycles in the form of climate change‚ species extinctions and oceans increasingly teeming with more plastic than fish in volume‚” Duncan said.

He said while many people thought that recycling was the answer‚ this was something of a misnomer.

Every South African recycled 38 plastic bottles in 2017 - a new record.
News
3 years ago

“Although South Africa has a growing recycling sector‚ the reality is that due to poor economic returns or the non-recyclability of a number of types of plastics‚ a large percentage of the plastic that you use will never be recycled‚ even if you put it in your recycling bin.”

He said plastic items such as straws‚ coffee cup lids‚ earbuds‚ individual sweet wrappers‚ plastic cutlery‚ stirrers and shopping bags were generally used for less than 20 minutes before they were thrown away.

Duncan said as it was highly unlikely that they would be recycled‚ they were likely to outlive people by a couple of hundred years.

Our natural ecosystems are now reaching the point where they can no longer absorb our waste.

“The next time you are offered one of these items‚ take a second to think about whether you really need it‚ or if you can find another way of way of consuming your drink or carrying your coffee and shopping‚” Duncan said.

A study has found that out of the 20 offenders‚ South Africa is the 11th worst in the world when it comes to releasing plastic waste into the sea - higher than India and Brazil.

Another found that 94% of all beach litter in South Africa is made from plastic‚ of which 77% is packaging.

World Environment Day began in 1974 and is used by the United Nations to encourage global awareness and action for protecting our environment.

This year‚ the UN is encouraging member states to focus on reducing single-use plastics as half of all consumer plastics are designed to be used only once.

The UN is also calling for improving waste management as one third of all plastics escape from collections systems.

'Save our wetlands': Warning of another environmental threat in SA

Water purification is one of the primary purposes of the indigenous palmiet wetlands in South Africa‚ but they are in such a critical state that if ...
News
3 years ago

Bulelwa Makalima-Ngewana knows how much cash going green can save.
News
3 years ago

After collecting up to 80 black bags of trash every time it has a coastal clean-up‚ a Western Cape tourist village has declared war on plastic.
News
3 years ago