US traffickers cater to Asia's taste for turtles 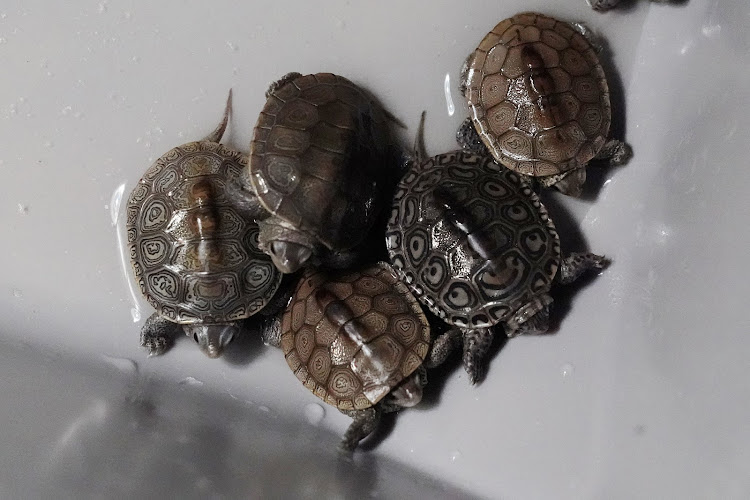 Diamondback terrapins in a tank at the Wetlands Institute in Stone Harbor, New Jersey, US.
Image: REUTERS/Carlo Allegri

A trial begins next week for a man charged with trafficking thousands of protected turtles captured in New Jersey, an unlikely hotbed of wildlife poaching that has helped supply China with a culinary delicacy that is hard to find in Asia.

David Sommers, 64, of Levittown, Pennsylvania is accused of plucking some 3,500 diamondback terrapins and their eggs from the coastal marshes of southern New Jersey and selling them in violation of the Lacey Act, a federal statute that prohibits the trafficking of wildlife captured or killed in jurisdictions where it is illegal.

Asia, where native populations of turtles have been depleted, is fueling a surge in turtle poaching across the United States, wildlife advocates say.

"Rare species are being stolen from our own backyard for the illegal trade," said Rachel Kramer, manager at the Washington-based World Wildlife Foundation and Traffic, a non-profit that monitors global wildlife trade.

All kinds of animals - including humans - love to eat them. They're the potato chip of the salt marsh

Capturing or killing many of the species in highest demand is illegal in states where they range.

Many Asian consumers love the taste of their meat or covet turtles with dramatic-looking shells as pets. The turtles' flashy shells actually evolved as protection from predators in nature.

Most diamondback terrapins, a particularly prized species, must survive to age 8 before they can lay eggs, which means evading predators including raccoons, skunks, seagulls and humans.

"All kinds of animals - including humans - love to eat them. They're the potato chip of the salt marsh," Williamson said.

The New Jersey case is not an isolated incident.

Two China Eastern Airlines flight attendants were fined in July in federal court in California for attempting to smuggle dozens of spotted turtles in their luggage from Los Angeles to China.

Five men were indicted in March for trafficking diamondback terrapins and spotted turtles captured in North Carolina waters and hidden in packages of noodles and candy being shipped to Hong Kong.

It has been a remarkable journey in so many ways for Pemba‚ a rare sea turtle who is back home in the Indian Ocean once more after spending more than ...
News
3 years ago

Among the US species in high demand are the spotted turtle, a tiny animal with yellow dots on its shell that sells on the black market in Asia for up to $2,000 (R30,000) each, said Ed Grace, head of law enforcement for the US Fish and Wildlife Service.

Smugglers also get top dollar for the alligator-snapping turtle, an imposing species from the US's Southeast with spikes on its shell that resemble a dragon, said Collette Adkins, an attorney with the non-profit Center for Biological Diversity.

Diamondback terrapins, such as those Sommers is accused of trafficking, are prized as pets for their unique markings, which are different for each turtle. Their capture is illegal in New Jersey, where their habitat is dwindling.

Selling for up to $3,000 (R45,000) each, the creatures are considered particularly healthful to eat because turtles symbolize longevity in some Asian cultures, said Williamson. A diamondback can live more than 30 years.

The institute, built on a marsh about 19 km north of Cape May, New Jersey, helps return confiscated turtles to the wild, including the 3,500 reptiles that Sommers is accused of snatching.

The full extent of the underground turtle trade is unknown. But wildlife advocates say buyers in Hong Kong and China accounted for 55 percent of legal exports of American live, wild turtles from 2011 to 2015, the most recent data available. That trade was worth $31m (R463m).

Swimming with a celebrity 'mermaid' & sea turtles in blissful Bazaruto

Claire Keeton revels in the natural splendour of Mozambique's Bazaruto Archipelago, where the snorkelling easily rivals places like the Maldives, ...
Lifestyle
3 years ago