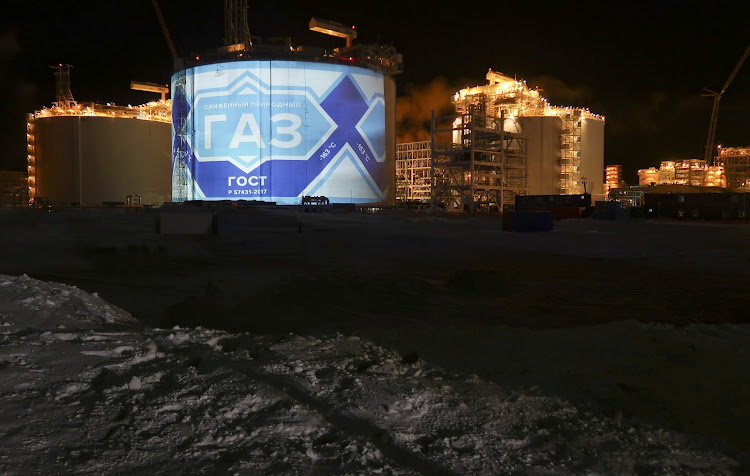 The facilities of Yamal LNG, Russia's second liquefied natural gas plant, which is under construction in the Arctic port of Sabetta. (File photo)
Image: Oksana Kobzeva/Reuters

Natural gas is expected to overtake coal as the world's second largest energy source after oil by 2030 due to a drive to cut air pollution and the rise in liquefied natural gas (LNG) use, the International Energy Agency (IEA) said on Tuesday.

The Paris-based IEA said in its World Energy Outlook 2018 that energy demand would grow by more than a quarter between 2017 and 2040 assuming more efficient use of energy - but would rise by twice that much without such improvements.

Global gas demand would increase by 1.6 percent a year to 2040 and would be 45 percent higher by then than today, it said.

The estimates are based on the IEA's "New Policies Scenario" that takes into account legislation and policies to reduce emissions and fight climate change. They also assume more energy efficiencies in fuel use, buildings and other factors.

"Natural gas is the fastest-growing fossil fuel in the New Policies Scenario, overtaking coal by 2030 to become the second-largest source of energy after oil," the report said.

China, already the world's biggest oil and coal importer, would soon become the largest importer of gas and net imports would approach the level of the European Union by 2040, the IEA said.

According to calculations based on China's General Administration of Customs data, China has already overtaken Japan as the world's top natural gas importer.

Although China is the world's third-biggest user of natural gas behind the United States and Russia, it has to import about 40 percent of its needs as local production cannot keep pace.

"Although talk of a global gas market similar to that of oil is premature, LNG trade has expanded substantially in volume since 2010 and has reached previously isolated markets," IEA said. LNG involves cooling gas to a liquid so it can transported by ship.

Global electricity demand will grow 2.1 percent a year, mostly driven by rising use in developing economies. Electricity will account for a quarter of energy used by end users such as consumers and industry by 2040, it said.

Coal and renewables will swap their positions in the power generation mix. The share of coal is forecast to fall from about 40 percent today to a quarter in 2040 while renewables would grow to just over 40 percent from a quarter now.

However, the world's coal plants make up one third of energy-related carbon dioxide (CO2) emissions today.

British shale gas company Cuadrilla has paused fracking at its Preston New Road site in northwest England for the second time in two weeks, after a ...
News
3 years ago

Society would have to enact “unprecedented” changes to how it consumes energy, travels and builds to meet a lower global warming target or it risks ...
News
3 years ago

Tanzania wants to build pipeline to pump gas to Uganda

Tanzania wants to build a pipeline to pump natural gas to neighbouring Uganda, another step in the two countries' bid to expand energy cooperation.
News
4 years ago

If the return of load-shedding took the wind out of your sails‚ Cape Town has a plan to reinflate them with gas.
News
4 years ago