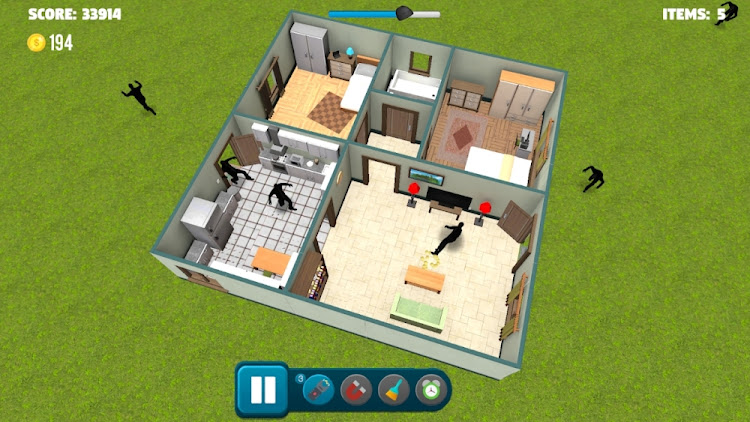 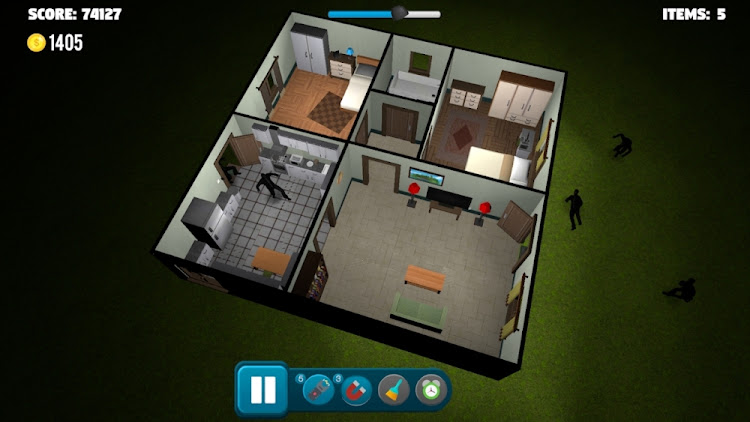 Ever wished that you could give a criminal a royal klap from nowhere?

Now there is a game offering just that.

The South African game Smack A Thief was released on Apple's App Store and the local Google Play Store earlier this month.

In the game, you have a bird's eye view of a house. As thieves approach, you control a supreme hand delivering light, medium or hard smackdowns with over-the-top, slapstick style sound effects.

Game designer Thato Mogale, 20, said he wanted to create a game with a unique selling point instead of another shooter game.

"I realised this was going to be unique. Instead of shooting, it's kind of a humorous take on it. When you make games you have to look at the demographic."

While downloads have been slow so far, it has found favour with at least one fan. User Demhashie commented, "Such a great game. Been looking for a new game to invest my boredom into and this is definitely it."

Mogale started working on the game in February last year and finished development in January. The last part was meeting Apple and Google's requirements before they published it on their app stores earlier this month.

These included registering a company, a website and a privacy policy which tells users what data the game developer will collect when they download and play the game. It costs $99 (R1,373) annually for your game to be hosted on the iOS app store and $25 (R347) once-off for the Google Play Store.

Mogale was inspired by other indie games which became big breakout successes, such as Plants vs Zombies, Angry Birds and Crossy Road.

"There's a whole bunch of indie games that I've been playing that I have been downloading randomly … They've all played a role, inspired the features of the game, the gameplay and how you users get rewarded."

Joburg teen scores on App Store: His game picked for Game of the Day

Sixteen-year-old self-taught Johannesburg game developer Brandon Kynoch is celebrating after the App Store chose his game Torus as its Game of the ...
News
4 years ago

Mogale did a general introduction course to computer programming in 2007 where he got a taste of what is out there. He first had the idea for the game when he was in the ninth grade in 2013.

In 2018 he started focusing on learning computer programming to build games. He built Smack A Thief using the Unity video game engine which drives the animation, physics, and user interface amongst other items in the game.

Mogale dropped out of university in 2017 to focus on developing the game full-time, spending between eight and 10 hours seven days a week, to develop the game.

He made the game without extra hands or financial backing.

Mogale said there are two ways to make money from the game: Hosting ads or in-game purchases.

"Things have changed … Now they (games) are free. As a game developer you need to find ways to monetise the game and it's really hard to do that," Mogale said.

"I feel like a lot of players get annoyed when every time they play a game [they have to] watch ads, so I feel like users need to understand the importance of ads … It's the only way we can get revenue."

"I also believe that the growth of the industry is very limited due to the lack of education throughout the country."

The local gaming industry grew in leaps and bounds, but a foreign game featuring cowboys was the overall winner this year, writes Sylvia Mckeown
Lifestyle
3 years ago

Tencent to expand underage ID check to all games

Tencent Holdings will expand an addiction-prevention system for underage gamers to all of its games, the company said on Monday, as the industry ...
News
3 years ago