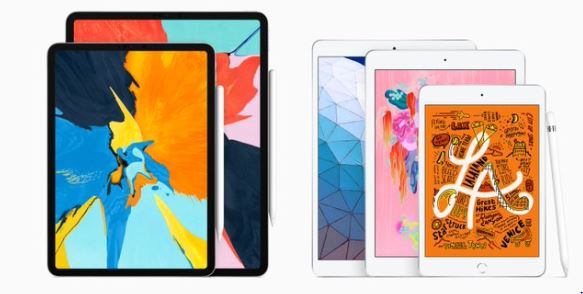 The latest iPad and iPad mini.
Image: via Twitter/ @Igor_os777

Tech giant Apple launched the new versions of their iPad and iPad mini on Monday,  putting much emphasis on high-end features and new technology.

Here's everything you need to know.

The iPad also includes the A12 bionic chip which powers the latest and advanced apps as well as iPad workflows.

Apple said the new iPad has twice the graphic capability and a retina display with true-tone technology, that has more than half a million more pixels and is 20% larger than the previous model.

The latest version of the iPad mini is 7.9 inches and boasts a portable design. The mini iPad also features the A12 bionic chip and pencil support. The new version's retina display is 25% brighter and has a pixel density higher than most iPads.