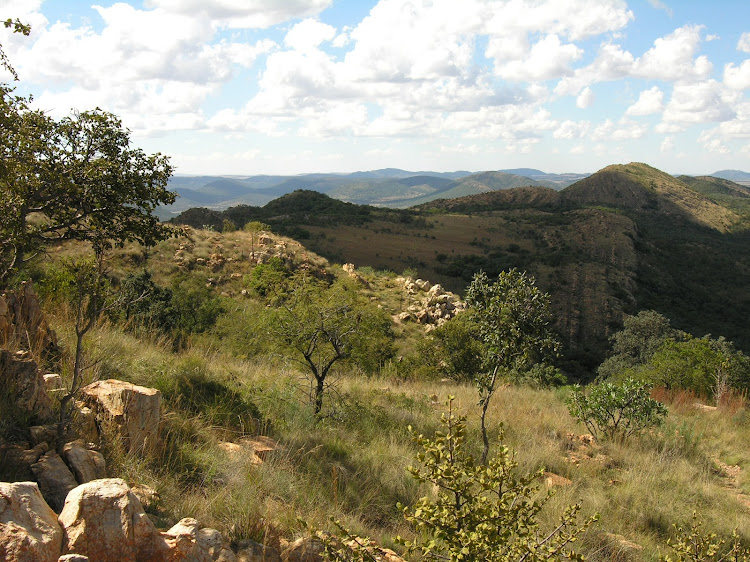 Vredefort Dome is about 120km outside of Johannesburg.
Image: Unesco/Francesco Bandarin

A team of five scientists from the University of the Free State is about to undertake research into the destruction caused by the Vredefort Crater meteorite.

The ancient meteorite could hold clues critical to the history, mechanisms and consequences of meteorite strikes on earth and elsewhere in the solar system.

The team said the results of this work could lead to a better understanding of the effects of such impacts and greater safety of the earth.

The team said the vast crater was also fascinating for human interest on early mankind, who used it as a centre of cultural importance and left rock carvings as proof of their presence.

Had mankind been present at the time of the Vredefort impact, it could have led to human extinction on earth.

SA key to finding life out there

South Africa is uniquely placed to help lead global advances in humanity's search for extraterrestrial life, a renowned Nasa scientist said at a ...
News
8 years ago

An international team of scientists is being led by principal investigator Dr Matthew Huber, the head of faculty of the natural and agricultural sciences at the university's Department of Geology.

“As impact events can potentially represent a threat to life with the ability to alter the development of entire planets, it is critical that we develop a better understanding of their history, mechanisms, and consequences.

“By studying the traces of impact events on earth, we can reconstruct the mechanisms of such processes, and gain greater understanding of our own ecosystem and origin, ”  Huber said.

Huber said the Vredefort impact was massive – it was larger than the impact that killed the dinosaurs. “If it happened today, civilization might be at an end.”

Huber said the team knew only of three such impact craters preserved on earth: the Chicxulub crater that killed the dinosaurs, the Sudbury crater in Canada, and the Vredefort crater.

“What is really unique about Vredefort is that we get to see the deep architecture below these massive-impact craters, and those deep rocks tell not only the story of what happened at the moment of impact, but also how those rocks adjusted and shifted for thousands of years after the impact.”

Huber said the team was certain that the asteroid that caused the Vredefort impact event was about 10 to 15 kilometres in diameter. The team want to know what the Vredefort structure looked like and what it was composed of before it was hit.

Our country boasts a host of sites that are rich in natural beauty and cultural signficance, here's why Unesco thinks you should visit them
Lifestyle
3 years ago

Cyclone Kenneth battered northern Mozambique on Thursday with sustained winds of up to 220 km per hour (137 miles per hour) after killing three ...
News
3 years ago