Writer's encounter with a solitary wild cat on wet trail 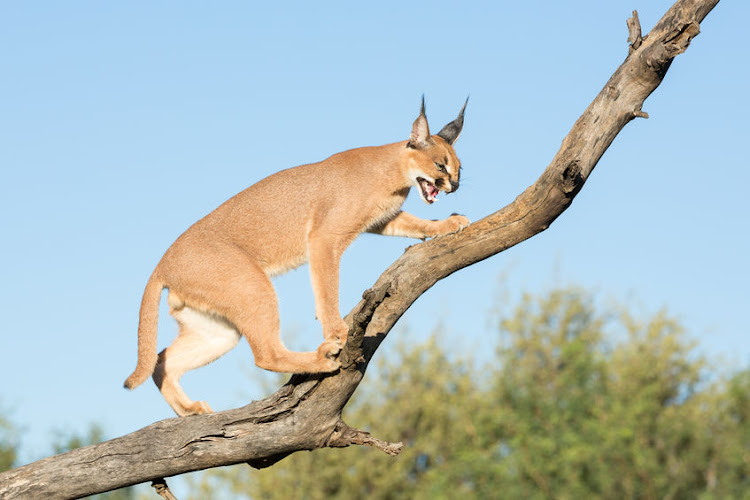 Hiking up Table Mountain in heavy mist after work on Thursday, I saw an animal on the trail a few metres away, about the size of a klipspringer. But it stood its ground and, when the mist thinned out , I recognised it as a caracal.

This wild cat stood and stared at me, its distinctive, long tufty ears pricked, with mist swirling about it.

From the green tag I glimpsed, I suspected it was Hermes, which has been spotted twice this year on Table Mountain.

Last year there were two confirmed sightings of caracals: one on Table Mountain and one on Lion’s Head. The animals are primarily solitary and nocturnal, the Urban Caracal Project reports.

Project co-ordinator, Laurel Klein Serieys, said it was likely I had spotted Hermes, a young adult, of about two years old which has been hit twice by cars.

“He was hit by a car on Kloofnek Road and whisked off by someone to a vet in town. His tongue had been completely bitten off and they sewed it back on. We came and tagged him then," said Serieys.

“He was x-rayed while he was there and it showed he had had a severely broken leg which was already healed. He had broken the femur in half and it had fused. That means he has been hit at least twice.”

South African wildlife rangers are stepping up efforts to hunt a pair of caracal cats blamed for killing endangered penguins at a tourist beach near ...
News
5 years ago

The Urban Caracal Project is studying caracals, commonly called rooikats, around Cape Town and has identified more than 30 individuals. Seven of them have died, the first stage of the project shows.

Caracals are the top predator left on Table Mountain and the teams wants to research their population in the Cape Peninsula and how they are adapting to urbanisation.

Serieys said: “There are so many threats to wildlife living on the urban fringe. They get hit by cars and have widespread exposure to rat poison. I would urge people living on the urban edge of the mountain to try be more compassionate and be careful about what pesticides they use.”

She said some males, like Hermes, use the front side of the mountain more which means they  occasionally encounter people. 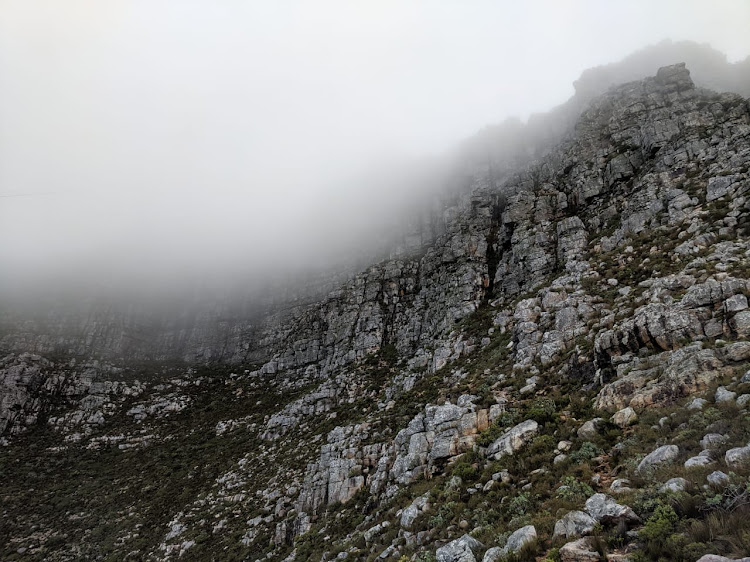 I didn’t want to brush past the caracal on the narrow trail, but couldn’t stay too long because I was racing to get the last cable car down, so I clapped once, the sound muted by the running water around us. It didn’t move.

In its own time, it gracefully padded on to a slope above me and stood still, gazing down at me with its greenish-tawny eyes. Then it vanished.

I was going up the India Venster trail, which had waterfalls and streams after plenty of rain in the past week. It was magnificent, though slippery. The fynbos aroma was strong.

The Table Mountain Aerial Cableway described the conditions on Thursday as “zero visibility” and I didn't see another creature - only this fearless cat.

Wildlife predators that prey on rats in Cape Town may not live long enough to tell the tale.
News
3 years ago