Advice for Proteas from scientist who decoded choking: 'Keep calm and carry on' 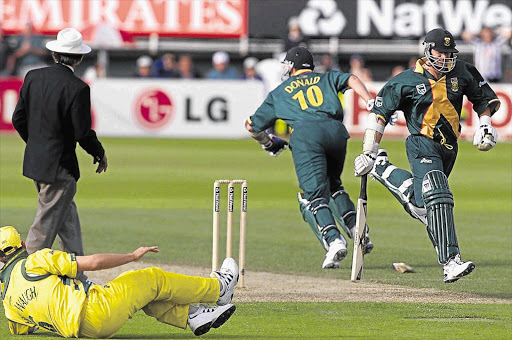 Allan Donald and Lance Klusener at the same end of the Edgbaston pitch on June 17 1999, when SA needed one run to beat Australia and reach the final of the Cricket World Cup.
Image: Reuters

It was a moment of madness two decades ago when the Proteas first earned the "chokers" tag that they've struggled to shed ever since.

With one run needed in the 1999 Cricket World Cup semifinal at Edgbaston, England, Lance Klusener and Allan Donald ended up at the same end of the pitch and a batless Donald was run out by several metres.

The Proteas' 2019 World Cup performance wasn't a choke so much as a complete capitulation - but with four years to put things right before the 2023 tournament in India, the Proteas should perhaps be paying attention to the work of scientists in California who claim to have decoded the dreaded c-word.

Biologists at the Salk Institute say it happens “during high-stress situations", when the brain's emotion circuit send one-way signals to the movement circuit, leading to a rapid decline in performance.

Revealing their findings in the journal eLife, the scientists said their work had much more serious implications than cricket.

"It is the first time that a comprehensive circuit mechanism has been found showing how emotional states can influence movement through connections in an area of the brain called the basal ganglia, a region involved in guiding behaviour," said senior author Xin Jin.

"We did not previously know much about this pathway, so it brings about a whole new paradigm for examining psychiatric disorders, as well as spinal cord injury."

Xin said the discovery could lead to “new strategies” for treating disorders with disrupted movement, such as obsessive-compulsive disorder, anxiety and depression. 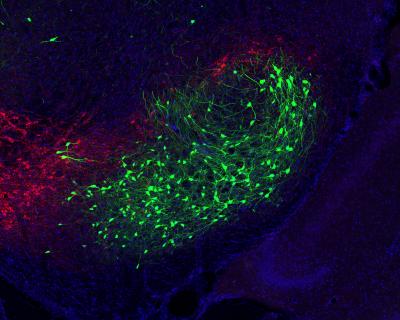 The basal ganglia acts as a "crossroads for the emotion circuit to directly influence the movement circuit to control action", said Xin and his colleagues.

The scientists traced these circuits in rodents using genetic and viral tools, then used optogenetics - a technique that uses light to control cells - to probe the precise function of the neurons in this region.

"Psychiatric diseases such as depression and anxiety can alter actions in a dramatic way by either decreasing or increasing movement. This mechanism represents a likely way that emotional states are related to changes in action control in psychiatric diseases," said Xin.

As far as choking in high-pressure sporting events was concerned, Xin advised: "Maybe the next time you feel anxious during a game, just calm down and let the action take care of itself."

Goolam Rajah‚ the manager of the Proteas in 1999, said he saw "some big men" cry in the dressing room after Donald was run out.

“If ever we came close to a winning a World Cup, that was it. That was the best overall team,” he said.

"Getting to the semifinal‚ tying the match and still being knocked out was terrible."

Proteas batting consultant Lance “Zulu” Klusener says there is no time for excuses for the T20 side who are faced with the task of beating India in ...
Sport
1 year ago

Cricket South Africa (CSA) president Chris Nenzani said there was nothing underhand with regard to him serving an extra year as president.
Sport
1 year ago

It's time for South African cricket to get real about itself

The real world, a certain kind of sport-struck South African will tell you, should never be allowed into the game.
Sport
1 year ago