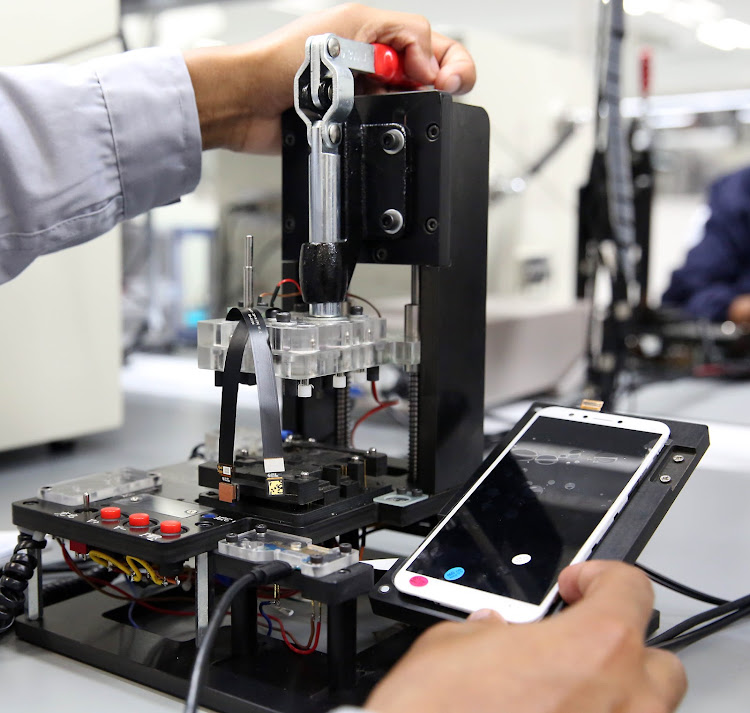 The Mara X and Mara Z smartphones are 'affordable with a long-lasting battery, immense storage and a two-year Android  version update delivered through a partnership with Google and its Android One programme'.
Image: supplied

When President Cyril Ramaphosa cut the ribbon at the new plant of Africa's first smartphone manufacturer, Mara, in Durban on Thursday, technicians started assembling a device for him.

By the end of his tour of the plant at the Dube Trade Port - about 15 minutes later - a Mara smartphone was ready for him.

Thousands of Mara Phones, the first made-in-Africa smartphone, are expected to be manufactured at the plant, which was officially launched a week after its flagship factory was opened in Rwanda.

At the SA Investment Forum exactly a year ago, Mara Phone CEO Ashish Thakkar promised to make a R1.5bn investment in SA by opening a high-tech smartphone manufacturing facility.

A year later, he delivered on his promise.

At the launch on Thursday, the president said negative South Africans assumed that the plant was one of “Ramaphosa's pipe dreams”.

“Today we are reaping the fruits of exactly what was promised. Another thing is, when I told people I was coming here today, one person who I won't mention said this is a factory where they are just putting things together. This is how the negativity spreads in our country.

“We South Africans beat ourselves to the ground. We don't celebrate the good that we are doing. Today, we see that this not an assembly plant, this is a cellphone manufacturing plant from the get-go,” he said.

He said the launch would go a long way to instil confidence in others wanting to invest in SA.

“The World Economic Forum’s Global Competitiveness Index indicates South Africa’s overall ranking improved from 67 in 2018 to 60 out 141 nations in 2019.

“Earlier this year, I announced our ambition to be within the top 50 cohort of countries featured in the World Bank’s Ease of Doing Business index. Though our work to achieve that ranking is nascent, we expect to see improvements in the next three years.

“We are working in partnership with business, labour and civil society to unlock growth, create jobs and build an inclusive economy,” he said.

Thakkar said Mara Phones SA would generate about 1,500 directs jobs in the next six years.

He added that 60% of the about 200 current employees were women, while more than 90% were skilled youths.

The brand has launched two models, the Mara X and Mara Z, described as “affordable and with a long-lasting battery, immense storage and a two-year Android version update delivered through a partnership with Google and its Android One programme”.

Thakkar has not released the launch date or price of the smartphone.

The Gauteng health department has launched an app in a bid to improve waiting times and resolve complaints faster, MEC Bandile Masuku said on Tuesday.
News
2 years ago

Don't switch off your child's life - help them use smartphones responsibly

When digital expert Dean McCoubrey starts talking to teens about social media, they try to work out whose side he’s on: that of anti-screen adults or ...
Lifestyle
2 years ago