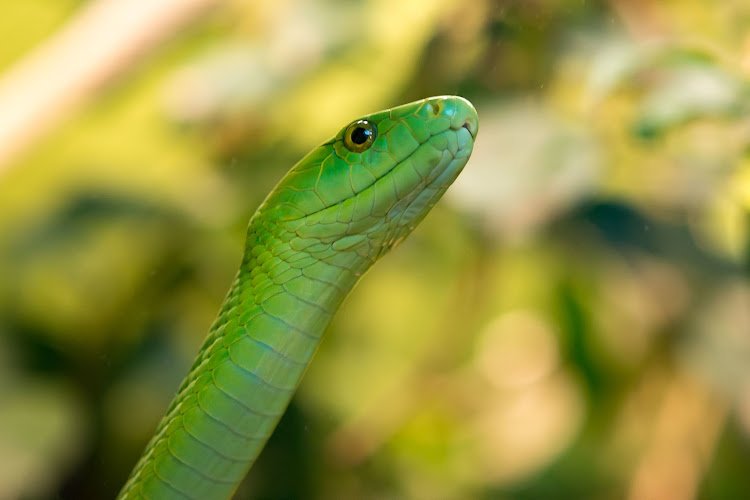 Durban’s heavy rainfall is likely to bring to the surface certain potentially dangerous snakes, as well as less harmful ones.

James Wittstock, reptile curator at Crocworld Conservation Centre, on the KwaZulu-Natal south coast, said these species of snakes were seeking safety above the ground.

“With the rain comes the smaller fossorial species, which are snakes that spend most of their time beneath the surface of the ground. As the water levels rise, the oxygen levels diminish and these snakes are forced to leave their subterranean homes.

“While most of these are harmless to humans, there are certain species that could be potentially dangerous,” he said.

When a black mamba was discovered in a Durban house on Saturday morning, the occupants and a snake catcher had to make a call between getting: the ...
News
2 years ago

Wittstock said the most common fossorial snakes in the area are the Bibron's blind snake, which is harmless, and southern stiletto snake, which has a potent cytotoxic venom.

“A bite from a southern stiletto snake is very painful and causes moderate to severe swelling in most cases. If left untreated, it could lead to the loss of a limb or digit, as the venom breaks down the tissue cells surrounding the bite.”

Wittstock said the heavy rains were likely to see these species of snakes seeking refuge in and around homes.

“This is generally because they are seeking warmth and food. It is not uncommon for snakes to be found in the roofs of houses, where it is dry and they can hunt rats and geckos.”

He said if a snake is encountered, the best thing to do is to keep an eye on it from a safe distance, while calling a professional to retrieve it.

“Attempting to capture or kill the snake is both unnecessary and incredibly dangerous, as it is when most bites occur.”

A tornado left a swathe of destruction in New Hanover and Greytown, north of Pietermaritzburg, on November 12 2019. Emergency workers say two people died and 20 others were treated for minor to moderate injuries after the tornado ripped through the Mpolweni settlement near Wartburg.

Rain ravaged KwaZulu-Natal is in for more torrential downpours, the possibility of localised flooding, mudslides, destruction to property and further ...
News
2 years ago

Gift of the Givers jumps in to help Somali flood victims

Gift of the Givers has come to the aid of Somalia flood victims.
News
2 years ago