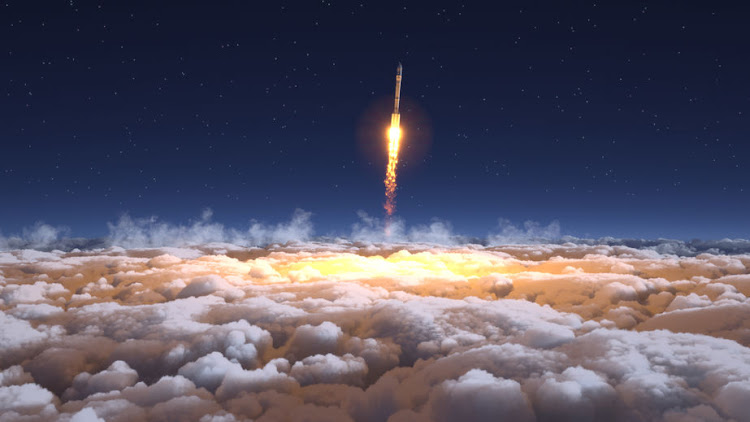 In the next five to 10 years, China envisions massive constellations of commercial satellites that can offer services ranging from high-speed internet for aircraft to tracking coal shipments. File photo.
Image: Aleksey Kravtsov / 123rf.com

A port city in eastern China has launched an ambitious plan to build the country's fifth rocket launch site, under a longer-term goal to ramp up space infrastructure to meet the demands of an expected boom in commercial missions.

An engineering company in eastern Zhejiang province won a tender on April 1 to construct the launch pad in Ningbo city, as well as a section of the command centre and an assembly and testing facility, according to a document posted on the website of the Ningbo Free Trade Zone.

As part of the Zhejiang government's infrastructure plans for 2021-2025, Ningbo will invest 20 billion yuan (R43.6bn) in a rocket launch centre in the county of Xiangshan, or “Elephant Hill”.

The centre will be capable of launching 100 missions a year.

According to media, Xiangshan has a favourable latitude for rocket launches, comparable to Cape Canaveral, home of the Kennedy Space Centre in Florida.

In the next five to 10 years, China envisions huge constellations of commercial satellites that can offer services ranging from high-speed internet for aircraft to tracking coal shipments.

To meet the demand for launches, China will have to build bigger rockets that can carry more satellites or build more launch sites, or both. China currently has four launch sites - three inland and one on the southern island of Hainan.

China launched 39 missions in 2020, including an unmanned probe to Mars, and is expected to see more than 40 launches this year, according to state media.

The Long March-5, China's largest rocket, is capable of transporting 60 satellites at a time, the expert said.

Cameras in Tesla cars are not activated outside North America, the US automaker said on its Chinese social media page on Wednesday, seeking to ...
Motoring
1 year ago

A college science professor and an aerospace data analyst were named on Tuesday to round out a four-member crew for a SpaceX launch into orbit ...
News
1 year ago