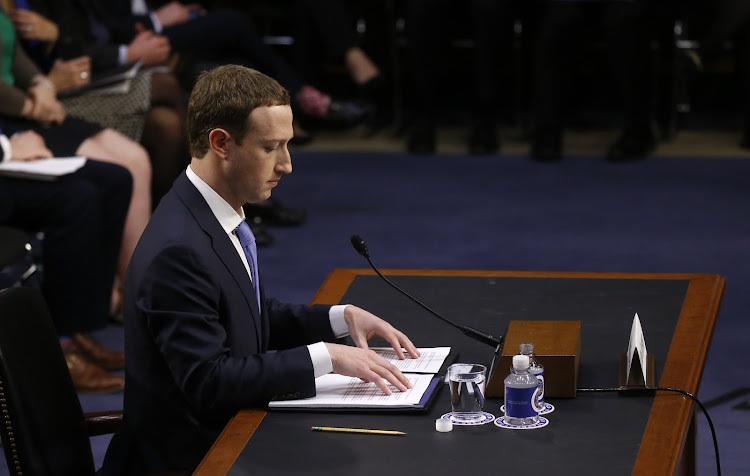 Six hours after South Africans endured the frustration of not being able to send a WhatsApp message, browse Instagram or scroll through Facebook, the vice-president of infrastructure at Facebook blamed the widespread outage on a “faulty configuration change”.

The social media giant, which owns WhatsApp and Instagram, said: “Our services are now back online and we’re actively working to fully return them to regular operations. We want to make clear at this time we believe the root cause of this outage was a faulty configuration change.”

Vice-president Santosh Janardhan apologised to “all the people and businesses around the world who depend on us, we are sorry for the inconvenience caused by [the] outage across our platforms ... People and businesses around the world rely on us every day to stay connected. We understand the impact outages like these have on people’s lives, and our responsibility to keep people informed about disruptions to our services.

“We apologise to all those affected, and we’re working to understand more about what happened [on Monday] so we can continue to make our infrastructure more resilient.”

To the huge community of people and businesses around the world who depend on us: we're sorry. We’ve been working hard to restore access to our apps and services and are happy to report they are coming back online now. Thank you for bearing with us.

The outage happened as Facebook was under fire after a former employee, Frances Haugen, handed internal research to US politicians and the Wall Street Journal which showed that Facebook knew about but did not disclose the negative effects of services like Instagram.

SA tech expert Toby Shapshak said after last night's outage social media rivals were likely to gain more followers. But he did not think that the sites being down had anything to do with the revelations by Haugen.

“It is unlikely to do with the revelations but it was a perfect storm which underlines the centrality and monopoly [Facebook] has as so many people's communications were affected, both personal and business. Facebook has 2-billion users, Instagram has over 1-billion users and WhatsApp has about 2-billion.

POLL | WhatsApp was down, what happened in your house?

Was there "utter chaos" or "much needed downtime" in your house?
News
10 months ago

“Facebook is an autocracy — one person decides how policy is implicated. As it transpired people like [former president Donald] Trump and A-list celebrities benefited more than other users.

“Just seeing how unanswerable Facebook is to critics, this was a huge disaster. For six hours nobody could communicate [via these platforms] it showed how dangerous Facebook centrality monopoly is for the world ... If one [app] goes down then the biggest messaging apps go down too.

“This is the worst kind of competition. People were using both WhatsApp and Facebook, when Facebook bought WhatsApp this specific kind of anti-competitiveness not allowed.”

Last year the Federal Trade Commission accused Facebook of “illegally maintaining its personal social networking monopoly through a years-long course of anticompetitive conduct”. The commission also accused the organisation of stifling competition within the market after their acquisition of WhatsApp and Instagram.

The scariest thing is the knock-on effect the Facebook ecosystems had when the site went down and we realise how dependent we are on the organisation.

“It's insane ... and Facebook is notoriously bad at protecting private [information].”

Social media expert Mike Sharman agreed with Shapshak over the monopoly issues at Facebook, but he believes the blackout may have had to do with the whistle-blower reports.

“The timing is so fascinating to me. I'm intrigued, you have the 60 Minutes whistle-blower interview which spoke about the impact Facebook had on politics and their unwillingness to protect people or care for their rights to be protected. We [know] they were aware Instagram harmed girls [body image]. [Before that was] Bloomberg tech reporter Sarah Frier's book No Filter, which gives readers the inside story on Instagram.

“It's way too coincidental [Facebook] went down as issues were coming about — but who knows what happened.

“The scariest thing is the knock-on effect the Facebook ecosystems had when the site went down and we realise how dependent we are on the organisation.”

For Sharman, founder of digital communications agency Retroviral, the highlight of the evening was watching how brands capitalised over the event.

“It started with Twitter tweeting 'Hello literally everyone' [as most users of the three social networks which went down are following Twitter and thus spent their time on Twitter on Monday], since the tweet went live it garnered over 500,000 retweets and over 3-million likes.

“From there celebrities got involved and other brands, you must see the thread — very entertaining.” 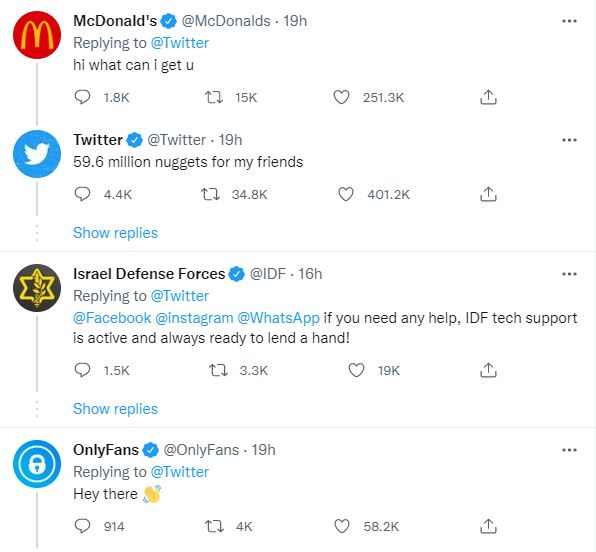 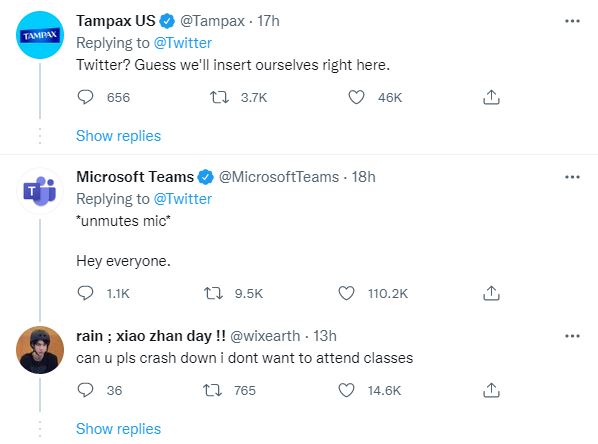 Several Facebook employees who declined to be named had told Reuters earlier that they believed that the outage was caused by an internal mistake in ...
News
10 months ago

A former Facebook Inc product manager has become one of the company’s highest-profile critics after exposing thousands of internal documents which ...
News
10 months ago