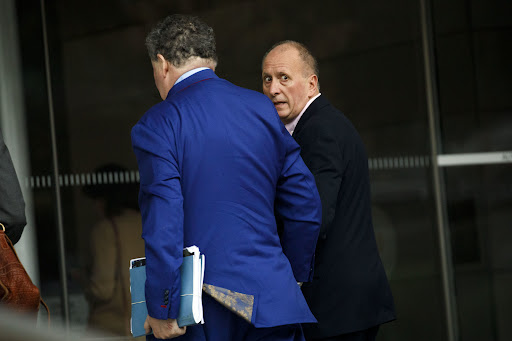 If Elon Musk is able to take over Twitter Inc, his biggest promise is to transform it into a platform for free speech with few restrictions — something he calls “essential to a functioning democracy”. But Musk, who is famously sensitive to criticism, has a mixed record on championing the cause.

The 50-year-old billionaire has donated more than $6m (about R92.5m at current exchange rates) to the American Civil Liberties Union in the past five years, making him one of its most substantial donors, and he’s discussed free speech on many occasions with the organisation’s executive director. However, in his tweets, public remarks and policies at the businesses he runs, Musk shows little tolerance for speech that’s unflattering to him or his companies, or reflects employee criticism of the workplace.

At Tesla Inc and SpaceX Musk has a long track record of silencing or punishing anyone who goes public with criticism of a project or practice. Workers must sign nondisclosure agreements and arbitration clauses that prevent them from taking their employer to court.

Meanwhile, Musk uses his Twitter account, where he has more than 80-million followers and a fan base he can ignite, to publicly mock others, from a local health official during the early days of the Covid-19 pandemic to Parag Agrawal, Twitter’s CEO.

Musk defined the goal for Twitter at a TED event last week: “A good sign as to whether there is free speech is: Is someone you don’t like allowed to say something you don’t like? If that is the case, then we have free speech.”

However, those who have said things Musk didn’t like have seen their reputations publicly trashed. Vernon Unsworth, a British caver who helped rescue 12 boys trapped in Thailand, called Musk’s efforts to help a “PR stunt” in 2018. Musk retaliated by calling him a “pedo guy”. Then he paid $50,000 to a dubious private investigator to dig into Unsworth’s background in the UK and Thailand. He also attempted to depose a reporter, Ryan Mac, who was covering Unsworth’s defamation lawsuit against Musk.

That same year, Musk went after Martin Tripp, a worker at Tesla’s battery plant in Nevada. Tripp saw himself as an idealist trying to improve the company’s operations. Musk viewed him as a dangerous foe who engaged in sabotage and shared data with the press and “unknown third parties”.

Tesla’s PR department spread false rumours that Tripp was possibly homicidal and had threatened to “shoot the place up”, even though authorities had already determined Tripp posed no immediate threat and wasn’t armed.

Another employee was fired six days after he posted a YouTube video of his Tesla Model 3 running into a traffic pylon while using “FSD Beta”, an early version of software Tesla has rolled out to roughly 100,000 people.

Then there’s the case of Jack Sweeney, a Florida teenager who tracks private jets. A few months ago, Musk reached out to him and offered $5,000 (about R77,100) to shut down the “Elon’s Jet” account, Sweeney said. Musk viewed it as a security risk. Sweeney asked for $50,000 (about R771,000), which Musk refused. The billionaire then blocked some of the social media accounts connected to Sweeney.

Don’t be fooled by the clowning. Musk is the world’s best manager

If Musk were in charge of Twitter policy, he said he believes people should be blocked only as a last resort, according to his comments at TED. If it’s a gray area, his preference would be to leave the content up, he said.

It’s difficult to get clarity on the statements Musk makes on Twitter, in part because he largely disbanded Tesla’s communications team in the US and rarely responds to inquiries from the financial press. Several journalists who cover Musk’s companies have been blocked by him on Twitter. Musk didn’t respond to a request for comment via email.

Musk called himself a “free speech absolutist” in March when he tweeted that Starlink, SpaceX’s satellite-based internet service that is now operating in Ukraine, wouldn’t block Russian state-run news sources which were cut off by some social media platforms at the time.

“He and I have spoken on free speech issues on many occasions, and I know he is quite passionate about defending free speech,” Anthony Romero, executive director of the ACLU, said in an email.

Romero attended the TED conference in Vancouver last week, and he and Musk exchanged messages right after Musk’s on-stage conversation.

“I believe Elon to be a true civil libertarian.”

Clay Calvert, director of the Marion B Brechner First Amendment Project at the University of Florida

At TED, he said Twitter should continue to take down content on a geographic basis as the company “is bound by the laws of the country in which it operates”. In Germany, for instance, it’s against the law to deny the Holocaust happened so Twitter hides those tweets in that country.

Musk also said he would like to ban cryptocurrency scammers on the site. The billionaire’s persona, and his popularity with crypto investors, has been used to trick people in the past.

On Thursday, he vowed to defeat spam bots “or die trying” if his Twitter bid succeeds.

“A social media platform’s policies are good if the most extreme 10% on left and right are equally unhappy,” Musk tweeted Tuesday, presenting a stance similar to past statements by Meta Platforms Inc CEO Mark Zuckerberg.

The risk is discouraging some people from using a platform because it feels unsafe or prone to abuse.

Musk is focused on “the idea that free speech means not taking down anything”, said Emma Llansó, director of the Center for Democracy and Technology’s Free Expression Project. But if people stop speaking out of fear of bullying or harassment, “that can end up excluding large groups of people and communities from participation in online discourse”.

While it’s unclear if any of Musk's tweets have been removed by Twitter, his account has come under intense scrutiny by third parties, including the US Securities and Exchange Commission, which sued Musk for fraud over his infamous “funding secured” tweet from August 2018. The wording was part of a message saying he was considered taking Tesla private, and it sent the shares surging.

Musk and Tesla ended that dispute by agreeing to pay $20m (about R308m) apiece, without admitting wrongdoing. Musk also agreed not to tweet about specific topics without advance approval from a Tesla lawyer.

Another of Musk’s tweets drew scrutiny from the National Labor Relations Board. That post, also from 2018, threatened workers with the loss of stock options if they formed a union.

But it is Twitter’s own efforts to moderate speech that have drawn recent scorn from Musk. He has said the company should resort less frequently to banning users. That’s led to speculation that Musk could reinstate former US president Donald Trump’s account if he became Twitter’s owner.

“The one answer for people who object to Twitter’s content moderation policies is forming your own company.”

Elon Musk’s bid highlights Twitter’s unique role in public discourse, what changes might be in store

A crucial issue is how Elon Musk’s ownership of Twitter, and private control of social media platforms generally, affect the broader public ...
Ideas
2 months ago