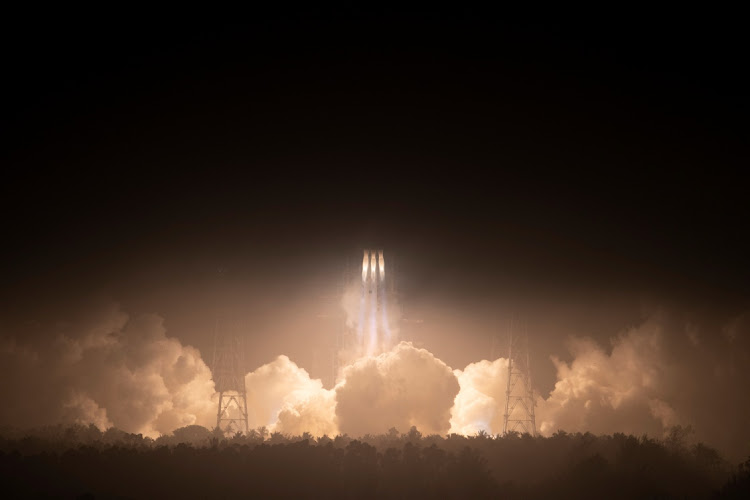 A Long March-7 Y5 rocket carrying Tianzhou-4 cargo spacecraft, with supplies for the Chinese space station under construction, takes off from the Wenchang Spacecraft Launch Site in Hainan province, China May 10, 2022.
Image: China Daily via REUTERS

An unmanned Chinese cargo spacecraft successfully docked with an orbiting space station module on Tuesday in the sixth of 11 missions needed to finish building China's first space station by the end of the year.

A Long March-7 rocket carrying the Tianzhou-4 spacecraft blasted off at 1:56am. Beijing time (1756 GMT Monday) from the Wenchang Space Launch centre in southern Hainan province.

Tianzhou-4 docked with Tianhe, the core module of the space station, at 8:54am. Beijing time (0054 GMT), China Manned Space Agency said on Tuesday.

Three astronauts will travel to Tianhe in June on the Shenzhou-14 spacecraft and live and work on-board the module for six months.

China aims to complete the construction of its first space station this year, being a key rival of the world's only station — NASA's International Space Station.