Can polar bears adapt to climate change? Here is one hopeful sign 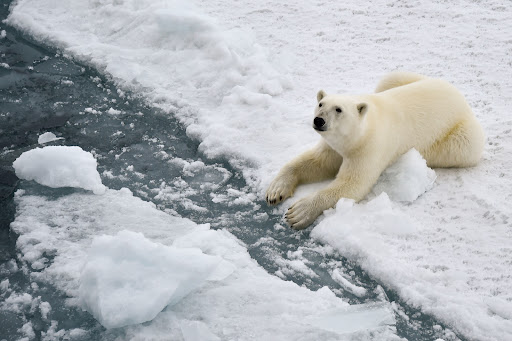 Polar bears are threatened by sea-ice loss due to climate change.
Image: Bloomberg

For no animal is the threat of extinction more publicly tied to the perils of climate change than for the polar bear. But according to a report that appeared Thursday in the journal Science, a group of these bears in southeast Greenland may have adapted their hunting practices — a pattern that gives hope for the extended survival of the species, or at least some pockets of it.

“Polar bears are threatened by sea-ice loss due to climate change. This new population gives us some insight into how the species might persist into the future,” said Kristin Laidre, a polar scientist at the University of Washington’s Applied Physics Laboratory and lead author of the report. “But we need to be careful about extrapolating our findings, because the glacier ice that makes it possible for southeast Greenland bears to survive is not available in most of the Arctic.”

Polar bears in the Arctic rely on icebergs that form in open ocean as launch points to hunt seals. As climate change warms the world, sea ice forms later and later each year, which can cause the majestic ivory-furred predators to starve.

Laidre and her co-authors, however, studied a group of polar bears that have been living in a sub-Arctic zone of Greenland for hundreds of years and, today, are isolated from their Arctic cousins and even from polar bears in the north of Greenland. Some of the bears live for years inside one fiord; by contrast, polar bears living further north can roam 40 kilometres (about 25 miles) over a few days. These bears live in a climate that already has the conditions projected for the High Arctic for later this century — that is, they experience an ice-free period of more than 250 days every year. Polar bears can fast for long periods but they are believed to need to eat after 100 to 180 days to survive.

The bears in Greenland have adapted by fishing for ringed seals, their main prey, at the edge of glaciers that meet the sea. “This suggests that marine-terminating glaciers, although of limited availability, may serve as previously unrecognized climate refugia,” the authors write. Arctic bears now move to land when the sea-ice season ends or head further north.

There are some caveats: Female polar bears in southeast Greenland tend to weigh less than several other subpopulations, and that is a main metric of health. And they produce fewer cubs. Also, the authors note, the habitat where glaciers meet sea is limited in the Arctic, but it does occur in other places, such as Svalbard in Norway. Finally, Greenland is warming as well, so its glacial habitat is threatened, too, as the Greenland ice sheet melts and falls apart.

“Climate action is still the single most important thing for the survival of polar bears,” Laidre said.

LISTEN | ‘Young people should be leading the discussion on climate’: young activist