Global climate goal could be in peril without carbon price reform 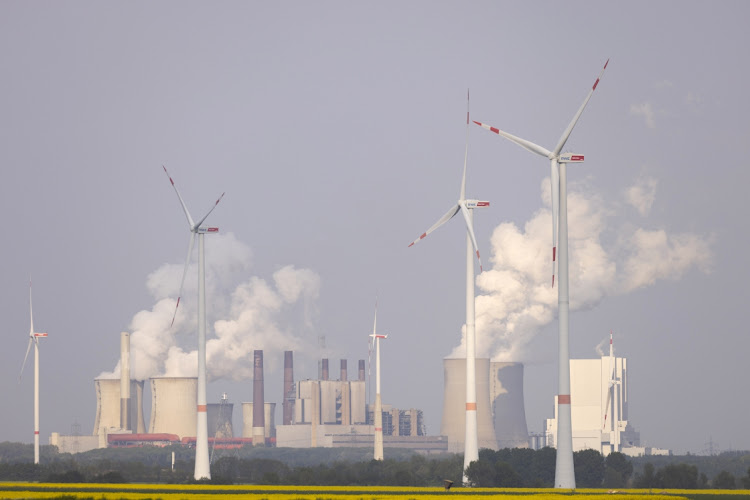 In a paper released ahead of a G7 Leaders Summit in Berlin starting Sunday, the Net-Zero Asset Owner Alliance (NZAOA) laid out five principles to underpin a redesign of government policies and encourage a shift from high-emission activities.
Image: Andreas Rentz/Getty Images/ File photo

Investors managing $10.6 trillion on Wednesday said an overhaul of international carbon pricing policies was necessary to prevent the world missing a goal to limit climate change.

As part of a global effort to cap global warming at 1.5 °C (2.7 Fahrenheit) above the pre-industrial average, more governments are seeking to place a price on carbon to lower emissions by increasing the cost of producing them.

But less than 25% of global emissions are covered by a carbon price whose level varies greatly between regions and is mostly too low to effect change.

In a paper released ahead of a G7 Leaders Summit in Berlin starting Sunday, the Net-Zero Asset Owner Alliance (NZAOA) laid out five principles to underpin a redesign of government policies and encourage a shift from high-emission activities.

It said policymakers could introduce legally-binding carbon prices that are set in line with the science of climate change.

A report by the High-Level Commission on Carbon Prices found carbon prices needed to be in the $50-$100 tonne range by 2030 to keep global heating below 2 °C.

To protect those in disadvantaged communities affected by the transition, governments should design carbon pricing policies that reduce the impact, including through retraining, lump sum transfers or lower income taxes, the NZAOA said.

Governments must also provide a more predictable price signal to help businesses plan for the transition to a low-carbon economy, such as by establishing price corridors that show the direction of travel over time.

To protect domestic heavy emitters as they transition, and prevent carbon leakage, whereby industry moves to jurisdictions where they are not penalised for polluting, governments could use carbon border adjustment mechanisms , as has been proposed by the European Union.

They added that greater international cooperations could be forged through “climate clubs” of countries working together on the issue.

“The Alliance believes governments should implement carbon pricing in line with the principles... providing a basis for an economywide alignment to the Paris Agreement goals,” the group said in a white paper.

The 2015 Paris climate agreement seeks to limit global warming to well below 2C and ideally 1.5C.

It’s no gas: SA could lose billions in pledges if it pushes ahead with gas plans

Rich nations have pledged to help us transition from coal, but plans for gas-power plants may stymie their resolve
Opinion & Analysis
1 month ago

Developing nations say scant progress was made at the mid-year session on key issues, in particular on setting up a finance facility to deal with ...
Business Times
1 month ago