US cash for SA Samaritans 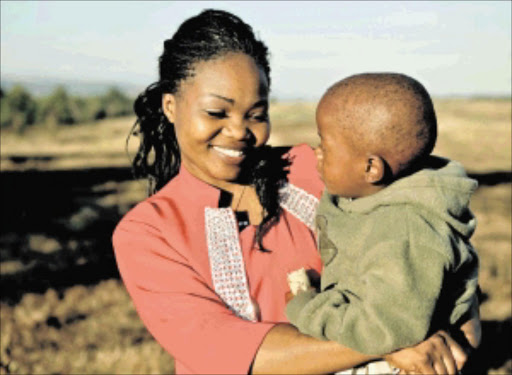 Lungi Magwaza holding Bandile Khumalo, one of the children for whom an orphanage is being built with funds from a church in Texas Picture: TEBOGO LETSIE
Image: TEBOGO LETSIE

A municipal clerk and a pastor - who were handed about R81000 by a US church for their own pockets - have instead used the money to build an orphanage in northern KwaZulu-Natal.

A few months ago, gospel singer Lungi Magwaza, 26, who works as a clerk at the Zululand district municipality, and Pastor Jeremiah Mdlalose, of the Light for Africa Church, had impressed members of a Texas church so much that they gave the South Africans $12000 for their own use.

While on a visit to the Texan Clawson Assembly of God church, Mdlalose mentioned to church leaders that Magwaza had recorded two gospel albums under the name Lungi M. The church then donated the money.

But the pair decided that the cash should be used to build an orphanage in Gluckstadt, near Vryheid.

Magwaza and a delegation from the US church on Saturday visited the children who will move into the home when building is completed in August.

Magwaza said most of the children, who are aged between two and 15, were orphaned when their parents died from HIV- and Aids-related illnesses.

"It saddens me to see innocent children loitering on the streets. Some of the children are left with their grandparents who eventually die and leave them alone. I cannot bear to see these children without a home so I am now dedicating my life to giving them a home," she said.

Construction of the children's home began after traditional leaders in the area donated a small plot of land. They too were concerned at the number of orphans and the fact that HIV/Aids is having a devastating impact on the community.

Said Magwaza: "I want to play my role as a young person. Changing the life of just one orphan means a lot to me.

"To be a part of [building] an orphanage to assist children from rural communities is amazing."

"We share the same sentiments, so when he met the donors from Texas he remembered that.

"We could have pocketed the money given to us, but we know that the government cannot do everything so we stepped in ourselves to help these beloved children," she said.

She emphasised that her dedication to orphans was not a "money-making scheme" and explained that, in the past, she bought school uniforms and food for children from her own pocket.

"I'm employed by the municipality as an administrator and with the little money I earn I have been doing this for a long time. It's my passion to help children," she said.

The head of the US delegation, Pastor Tina Poage, who arrived in South Africa last week to meet Magwaza, said her church wanted to see the young KwaZulu-Natal woman succeed.

"Pastor Mdlalose explained that they wanted to restore dignity to the orphans by building a proper home for them. But our church members have also decided to pledge more money for clothing and food for the children."

Poage said the children reminded her of orphans in the US.

"We have a similar situation in my country's rural areas and we also assist there. The situation . saddens me and we will be coming back soon to continue to assist these poor children.

"I'm grateful that I have met a young woman who is so passionate about changing the lives of these poor children."