Land reform must be in line with constitution: Zuma 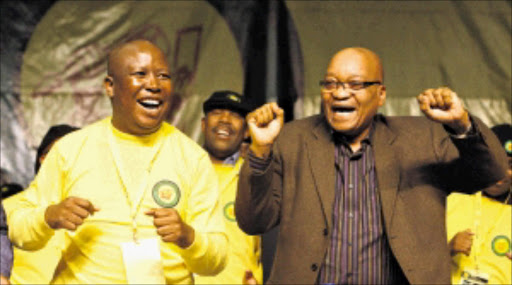 Land reform must be conducted within the confines of the Constitution, President Jacob Zuma says.

"Land reform is urgent but requires careful handling and consultation, and must be conducted within the confines of the Constitution of the Republic," he said at the Congress of SA Trade Unions' (Cosatu) central committee meeting at Gallagher Estate in Midrand on Monday.

"We are in the process of finalising a green paper that will set a new trajectory for land reform in South Africa," he said.

The ANC moved to quell fears of Zimbabwe-style land grabs saying ANCYL resolutions did not alter ANC policies being implemented at government level.

Zuma re-iterated that the settlement of outstanding restitution claims and the redistribution of land to African people had proceeded "very slowly".

He again conceded that the "willing buyer, willing seller" policy had not yielded the desired result.

The fundamentals of the new approach to land to be outlined in the green paper include de-racialising the rural economy; democratic land allocation and use across gender, race and class and strict production discipline for food security.

"Central to the policy proposals will be the three-tier land tenure system... These are firstly that state and public land will be leasehold.

"Secondly, other land will be available on freehold, with limitations or ceilings on the extent of land, a person or body can own. Thirdly, policy will provide for precarious tenure for non-South Africans," he said.

Zuma again emphasised that all ANC and government policies remained "valid" and that they were being implemented.

He urged Cosatu delegates to remain united and stressed the importance of unity in the ruling alliance between the ANC, Cosatu, the SA Communist Party and the SA National Civics Organisation.

"We must also continue building hope in our country, and strengthen the ANC so that it can continue to play its role as the glue that holds South African society together."

Zuma wrapped up his talk with a song which broke the sombre mood prevalent during his address. He then sang Mshini Wam', before leaving the podium.

His lengthy address was dotted with muted applause from delegates as he spelled out the reasons he felt the ANC was in crisis.

The Sunday Independent this weekend reported that Cosatu would take a decision on whether it would support Zuma for a second term at the four-day meeting. Cosatu had long voiced its dissatisfaction over Zuma's leadership after playing a key role in his rise to power.

Cosatu general secretary Zwelinzima Vavi has ruled out the possibility of debate at the meeting on the ANC's 2012 succession. The ANC itself has urged its members not to prematurely raise succession talks.

The federation had, however, in the past pronounced on its leadership preferences at its central committee meeting.

In 2007, Cosatu's central committee announced its preference for Zuma in his leadership battle with then president Thabo Mbeki.

Dlamini said circumstances at that time had called for the announcement.

He called on the central committee to assess the current situation and determine whether there were "any similar circumstances" to make it necessary to pronounce on the issue.