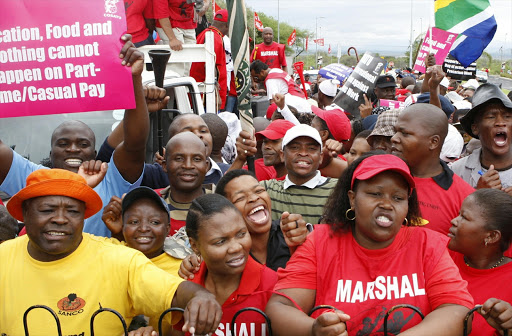 Management of the troubled Mangosuthu University of Technology, in KwaZulu-Natal, has refused to budge on its 6.5% salary increase offer, insisting that it is final.

The university and staff, including lecturers, have been at loggerheads over wages, with employees demanding a 9% increase.

This resulted in a strike that has lasted for two weeks, with employees vowing not to return until their demands have been met.

University spokesman Bheki Hlophe said the institution was in "financial difficulties", adding that meeting the demands would put an extra financial burden on it.

He said that, despite the refusal by the union,Nehawu, to accept the offer, the university still hoped that a solution would be found.

"Management is looking forward to a meeting with Nehawu to break this impasse," Hlophe said.

He said the obstacle preventing the university from improving on its offer was that Nehawu's proposals would burden it with a salary bill of R17.6-million a year, whereas the current salaries budget was about R8.7-million.

"The increase in personnel costs and its negative effect on the Department of Higher Education and Training's threshold of 62% might compel the university to seriously consider embarking on a restructuring process which, in turn, might necessitate a retrenchment process," said Hlophe.

Nehawu provincial spokesman Zola Saphetha, said the university's offer was below the workers' expectations. "We will continue to strike until they [management] meet our demands."