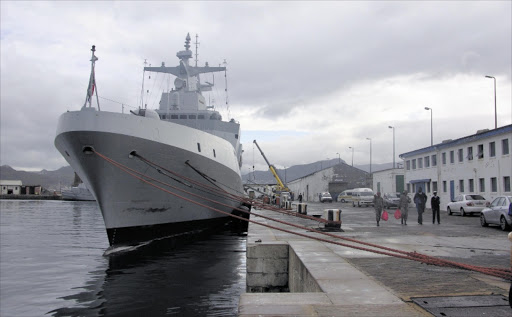 SWEDEN'S top corruption buster has sent a letter to the SA government asking if prosecutors plan to reopen the arms deal investigation in the light of new evidence of bribery.

The letter, written by chief prosecutor Gunnar Stetler at the Swedish national anti-corruption unit, is likely to reignite criticism of local authorities, including prosecutions boss Menzi Simelane and the Hawks, for refusing to pursue the case.

The Sunday Times has seen a copy of the letter.

Stetler was asked to reopen the investigation after Swedish media revealed Saab had made shady payments totalling R24-million to Fana Hlongwane, adviser to the late defence minister Joe Modise when the deal was negotiated.

Saab and its partner BAE Systems sold 26 Gripen and 24 Hawk fighters worth R30-billion to South Africa.

In the letter, dated June 30 and addressed to the "competent judicial authority in South Africa", Stetler says he was asked to reopen the investigation into "the existence of possible bribes in connection with attempts to sell the fighter aircraft Saab/JAS/Gripen to several countries".

Saab referred the case to Stetler after Swedish media disclosed details of a contract between Sanip, an entity jointly controlled by SaaB and BAE to facilitate offset agreements in South Africa, and Hlongwane Consulting.

Saab CEO Hakan Buskhe, although stopping short of calling the payments bribes, said this month the contract and disbursements were done secretly and warranted investigation.

"It is said that the agreement was part of a bribery scheme towards South Africa," said Stetler in his letter. "My question is: have South African judicial authorities opened a preliminary investigation in response to this information?"

Contacted in Sweden on Friday, Stetler confirmed he had made a formal request through Sweden's foreign ministry.

"I have signed it and sent it, so it's official. I hope I get an answer by the time I come back from leave at the end of July."

He declined to comment on whether his decision to investigate would be influenced by the response from South Africa.

Documents released by DA MP David Maynier last week, which Maynier said amounted to "prima facie evidence of corruption", suggest these payments are the tip of the iceberg and could exceed R150-million.

One document shows Hlongwane stood to earn a R54-million settlement for "extra work" on the Gripen contract.

The new evidence from Sweden makes Simelane's lack of enthusiasm to pursue the arms deal investigation appear even more bizarre.

In a letter in November to the chairman of the standing committee on public accounts, Themba Godi, explaining his decision to close the arms deal investigations, Hawks boss Anwa Dramat made it clear one reason was that he expected no support from Simelani.