Alcohol advertising ban 'no matter what' 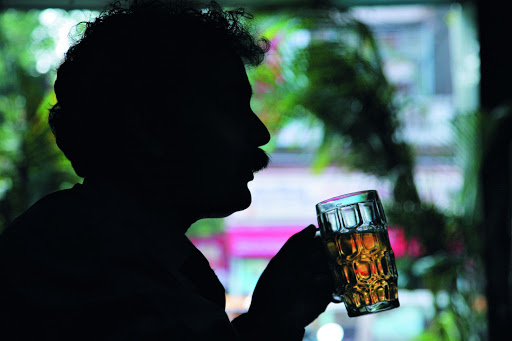 The government is forging ahead with legislation that will crack down on alcohol advertising despite warnings of massive revenue and job losses.

According to a preliminary study by Chris Moerdyk, an independent marketing analyst, a total ban on the advertising of alcoholic beverages could cost media companies revenue of as much as R1.8-billion a year.

About R800-million would be lost to sports sponsorships and development grants, and forfeited marketing expenditure.

The study, based on interviews by Moerdyk with media houses, found that:

The Department of Social Development is leading the campaign and has joined forces with the departments of science and technology, of health, of correctional services, of safety and security, of trade and industry, and of education.

The proposals of a team of experts, along with resolutions adopted at a substance abuse summit in Durban in March, will guide the formulation of a five-year plan for dealing with substance abuse.

Yesterday, the chief director of the Department of Social Development, Conny Nxumalo, said 34 resolutions on interventions to win the war against the crippling social ills of alcohol abuse had been adopted at the summit. These resolutions were approved by an inter-ministerial team on June 15.

"We are just awaiting a date to present the resolutions to the cabinet for approval. Some of the resolutions are already being implemented; others will require [that] legislation be amended," said Nxumalo.

She said that, though revenue generation was important, the government had to weigh up the effect alcohol abuse had on society and the fiscus.

"Yes, we need to look at the economy, but the government also has to deal with the social ills of alcohol abuse. The government in all spheres is spending a lot of money on dealing with the problems resulting from alcohol abuse," said Nxumalo.

During his budget speech earlier this year, Health Minister Aaron Motsoaledi said he would fight tooth-and-nail to ban all forms of tobacco and alcohol advertising.

"No matter how financially powerful groups and institutions are, no matter how much money they make, I can stake my life that we are going to fight with our bare knuckles to achieve this," Motsoaledi said.

Motsoaledi could not be reached for comment last night, but Nxumalo said the government departments' resolution on alcohol advertising was not intended to impose an outright ban but to introduce restrictions.

These would include the time slots during which alcohol adverts could be flighted on television, and the locations and content of adverts.

"Banning adverts completely would be progressive, but our resolutions talk about restrictions," said Nxumalo.

Other resolutions adopted at the summit include raising the age of eligibility to purchase alcohol from 18 to 21 years; stiffer sentences for public drinking and drunken driving; a review of liquor licence fees and stringent regulation of the awarding of licences; and monitoring compliance with licensing conditions.

"Whilst government's intention behind the proposed advertising ban is laudable, whether there is a tangible and real benefit to be seen in terms of decreasing alcohol consumption (and more importantly, alcohol abuse) is highly debatable.

''In fact, some years after the ban on tobacco advertising was introduced, the jury is still out on whether it has brought about the effect desired."

Moerdyk described the move to ban alcohol advertising as "one of those grand gestures that's actually quite an empty gesture".

''Research and experience tell us that advertising has no influence on alcohol abuse," he said, pointing out that similar bans had been lifted in Canada, Denmark and New Zealand.