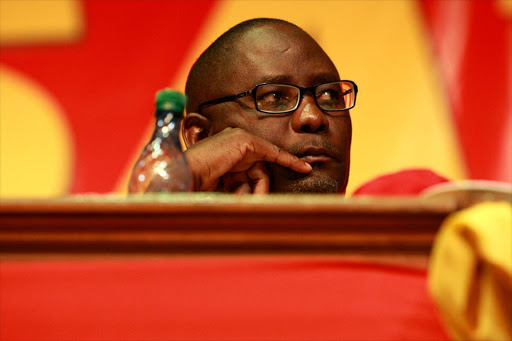 The Protection of Information Bill was written with the aim of creating a security state, and Cosatu should be credited for forcing the ANC to rethink it, the Right 2 Know Campaign said.

"There was a tide building up behind a dam wall and when Cosatu came out that broke the dam wall," the pressure group's national co-ordinator, Murray Hunter, told the Cape Town Press Club.

In what Hunter termed "an unambiguous statement" issued on May 31, Cosatu warned the bill could lead to persecution of whistle-blowers and threatened to challenge it in the Constitutional Court.

Four days later ANC MPs requested an extension of the deadline to complete work on the bill. Three weeks later they announced they would make major amendments to bring it in line with the Constitution.

Hunter said activists would maintain pressure to ensure the promised concessions were written into the bill, and push for further changes.

This would include narrowing down the definition of national security as a reason for classification of information. Murray said it was currently so encompassing as to include "things that make us happy or prevent strife".

He said although the ANC had agreed to remove a contested provision that empowered all organs of state to classify information, and limit this function to the security organs, they would still be given too much scope to bury information in secret files.

The bill was wrongly perceived as primarily an attack on media freedom, Hunter said, when it fact the authors' motivation went beyond that to limit the free flow of information and turn South Africa into a security state.

"The bill's primary effect is not to punish journalists, it is about expanding the power of the security cluster in government. It extends their power by giving them the right to manage information that belongs to all government departments. For that reason, the bill is going to cause as much harm to ordinary people."

He said as the bill stood, the state could draw a veil over a particular issue by proclaiming it a "security matter". He accused the national police commissioner, the current and former defence ministers and the state security minister of power-mongering.

"We need to look at the Cweles, the Celes, the Sisulus, the Nyandas, these are the people who are responsible for solidifying their power in government."

Hunter said if ANC lawmakers failed to implement the necessary changes to the bill to make it constitutional, civil society would launch a court challenge and government's image abroad would suffer.

"There is a lot of appetite out there for taking this to the Constitutional Court, but it is better to fix it in Parliament," he said. If a legal battle could be avoided "the war could be over by Christmas".

Parliament has extended the deadline for the completing the drafting process to September 23.