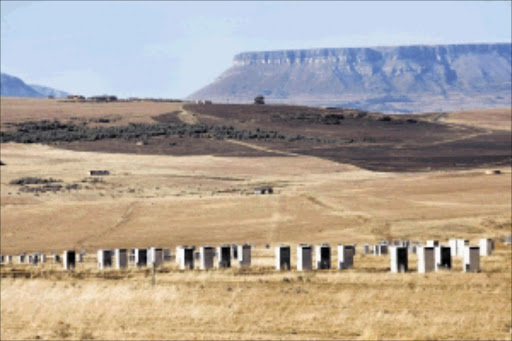 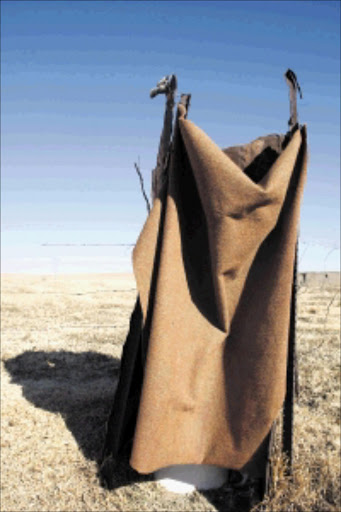 A new toilet scandal is about to cause a big stink for the ANC.

A Free State municipality which erected more than 1000 lavatories on land apparently earmarked for low cost housing, is now insisting that people who qualify such housing pay for the land - and the toilets.

In the wake of the party's open toilet controversy in Viljoenskroon's Moqhaka municipality, the ANC led Maluti-a-Phofung Municipality in Harrismith is now charging the poor up to R5000 for a plot of land with a flushing toilet on it.

Despite numerous enquiries, municipal officials could not explain how or why more than 1000 toilets were erected on one field across the road from Tshiame township almost three years ago.

Ward councillor Moeketsi Mofana refused to reveal what the municipality was charging for toilets and the plots of land upon which they have been erected, but The Times understands that they are being sold for between R1000 and R5000 depending on the size of the land.

The municipality's actions fly in the face of government policy which stipulates that those who earn less than R3000 a month qualify for free, low cost houses. These houses should come with all necessary services, including water, electricity and a toilet.

Mofana confirmed that the toilets are now being sold.

"We are selling them. I'm not sure about the prices, it will depend on the size of the stand. They have to be sold. The money used to develop the site has to be recouped," he said.

"For now there are no RDPs [low cost houses] in the pipeline. The priority is to move and complete this project."

The municipality, Mofana said, started selling the toilets on Friday.

"They can go to the municipality and request stands according to their affordability," he said.

Maluti-A-Phofung municipal manager Stephen Kau assured that he would respond to questioned e-mailed to him "as soon as I can".

Metsing Mpakathe, a DA councillor at the municipality, said the toilets cost at least R3-million to erect and the intention was to build houses but the project "went wrong".

Thandiwe Mazibuko, who lives in a mud hut with seven other people in Tshiame, and whose makeshift toilet doesn't have a door, said on Friday that the community held a meeting to discuss the toilets.

"What we want is houses," she said, adding that she will not be able raise the money she needs to buy a proper toilet, let alone build a house, as no one in her household had jobs.

"We were told they will cost between R1000 and R5000. They are messing around with us, where will the money come from?"

Of her own toilet, she said: "The door fell off. We just go in there and do our thing, what can we do? We are poor."

Butch Steyn, the DA's spokesman on housing, said it was wrong for the municipality to sell toilets without houses to the poor.

"If they put infrastructure there it means the land was earmarked for development," he said.

Steyn said more affluent residents in the area now had an opportunity to buy up stands at the expense of the poor.

Toilets became campaign tools during the local government elections in May.

ANC Youth League president Julius Malema and Sports Minister Fikile Mbalula travelled to the Moqhaka Municipality with Free State premier Ace Magashule to inspect the open toilets which they promised would be covered within two months. That work is now under way.

In Cape Town, the DA-led metro was lashed by the Human Rights Commission for building "loos with views" in Khayelitsha's Makhaza settlement.

The High Court in Cape Town ordered the city to enclose the toilets, and prototype enclosures were erected around them last week.