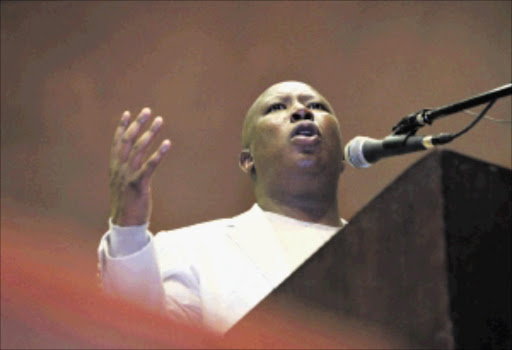 The ANC Youth League has crossed the line in its comments on bringing out regime change in Botswana, the ANC says.

"The ANC would like to totally reject and publicly rebuke the ANCYL on its extremely thoughtless and embarrassing pronouncements on 'regime change' in Botswana...," ANC spokesman Jackson Mthembu said in a statement.

The ANC also distanced itself from the ANCYL's contention that the African Union and Southern African Development Community (SADC) had veered off the African agenda.

"This insult and disrespect to the President (Honourable Ian Khama), the government and the people of Botswana and a threat to destabilise and effect regime change in Botswana is a clear demonstration that the ANCYL's ill-discipline has clearly crossed the political line," said Mthembu

The ANCYL had announced that its national executive committee would send a team to Botswana to consolidate local opposition parties.

Mthembu said this was a total deviation from and an affront to ANC policy.

"The ANC has no policy of effecting regime changes anywhere in the continent and or in the world, and therefore it is totally unimaginable that the Youth League of the ANC can even think of such, let alone lead and put such in the public domain."

He reminded ANCYL leaders and members that its constitution described it as a "mass organ of the ANC" which functioned as an "autonomous body (not independent) within the overall structure of the ANC".

"The ANCYL's life and body politic is based on the political and ideological objectives of the ANC," said Mthembu.

"It is not the political and ideological objective of the ANC to undermine any African leader, government or leadership institutions.

"The ANC has very good relations with the government and the people of Botswana, forged over many years of our liberation struggle and we continue strengthen these relations towards our common goals of reconstruction and development of our respective countries."

Mthembu said if it were not for Botswana and other countries in the region, South Africa would not be a democracy today.

"The ANC respects Botswana's sovereignty and its strong democracy.

"We also respect the freedom and the right of the Batswana to elect their own government. We equally respect the choice of the people of Botswana to be governed by the Botswana Democratic Party."

Mthembu dismissed the ANCYL's criticism of the AU and SADC, saying both bodies were "strong" and performed their functions "with distinction" particularly with regard to advancing the African agenda.

"Contrary to their [ANCYL] observations, these two organisations are not in decline; instead they remain in the forefront of continental peace and security efforts from Zimbabwe and Madagascar, to Somalia and Sudan, as well Libya and Ivory Coast."

Mthembu said the ANC regretted that the ANCYL did not understand the "complexity" and the differences between the situations in Libya and the Ivory Coast.

"We encourage the new leadership of the ANCYL to familiarise themselves with the facts relating to these two countries, especially the relevant UN resolutions, AU decisions, as well as government information that has been put at their disposal."

He said it was not in the "culture" of the ANC to "destabilise" its neighbours and the party respected their sovereignty.

ANCYL spokesman Floyd Shivambu could not immediately be reached for comment.