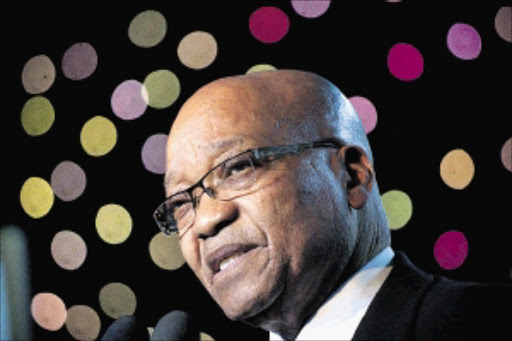 President Jacob Zuma announced that a bill to recognise and protect indigenous Khoi-San people will be finalised in September.

South Africa was "conscious of the need to improve the economic, social and cultural situation of indigenous people," he said in Cape Town.

Zuma said the traditional affairs department was processing the new National Traditional Affairs Bill, which provided for the recognition of Khoi-San communities, leaders and councils.

"It provides for representation in houses of traditional leaders and the participation of Khoi-San leaders in municipal councils," he said.

The Bill also provided for the establishment of an advisory committee which would investigate and make recommendations on the recognition of Khoi-San communities and leaders.

Zuma said that last month's three day discussions on the Bill with the National Khoi-San council would be followed by an extensive community programme.

"The intention is to introduce the bill into Parliament towards the end of this year. The consultations will consist of 29 sessions which will commence on the 20th of August 2011 and should be finalised on 16 September 2011," he said.

The government was also in the process of finalising its position on signing and ratifying the International Labour Organisation Convention traditional and indigenous communities.

"We know that the Khoi-San communities are unhappy that the process has taken longer than it should have," he said.

The government started the process of promoting and protecting the Khoi-San people's rights in 2004.

Zuma encouraged the Griqua Royal House and the broader Khoi-San communities to help ensure "that this legislation does achieve the intended objectives".