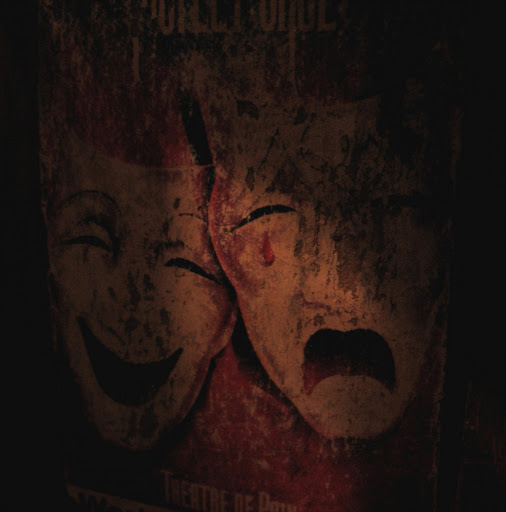 The symbol of the theatre. File photo.

The Church Land Program and South African Artists Against Apartheid collective have slammed the Hilton Arts Festival for hosting Israeli plays and accepting funding from the Israeli Embassy.

The groups say the festival is allowing itself to be used as an instrument of the Israeli state's agenda.

The festival is due to start Friday, the September 16, but as reported in the Daily News and Natal Witness newspapers, it is currently embroiled in controversy due to its association with the Israeli Embassy in Pretoria.

South African Artists Against Apartheid says: “We fully agree with the Church Land Program statement, that in hosting Israeli plays and accepting funding from the Israeli Embassy, "the [Hilton Arts] festival is in danger of irrevocably tarnishing its image.

“The Israeli Foreign Ministry's involvement in the Hilton Arts Festival can only be interpreted as an attempt to distract from Israel's abuse of human rights, contravention of international law and disregard for UN Resolutions.”

In fact, the collective says, the deputy director-general for Cultural Affairs, at Israel's Foreign Ministry, has said: "We will send well-known novelists and writers overseas, theatre companies, exhibitions [and in] this way show Israel's prettier face, so we are not thought of purely in the context of war."

The chairperson of the Hilton Arts Festival, Mr Iain McMillan, has said that: "the organisers want to make it absolutely clear that the inclusion of [the Israeli] works in no way reflects the festival's endorsement, or otherwise, of the state of Israel or its policies."

“Even if Mr McMillan unequivocally distanced the Hilton Arts Festival from Israel's oppressive policies, this is only the first step,” the collective says.

“The next step is to take the side of the oppressed Palestinians, respect their call for a boycott and remove the Israeli Embassy and Israeli plays from its programme entirely. This is what we [oppressed] South Africans expected during the anti-apartheid struggle and this is what Palestinians now expect of us. This is our duty.”

The South African Artists Against Apartheid collective has appealed to the Hilton Arts Festival, “as fellow supporters of art that celebrates peace, questions power, provokes and endeavours to expose injustice, to respect the Palestinian call for boycott”.