What must be done 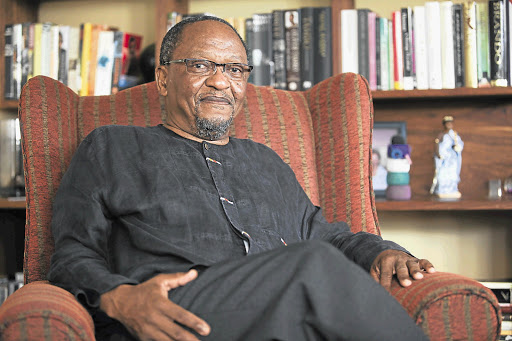 The time has come for South Africa to take a hard look at the direction the country is taking, writes Njabulo S Ndebele in the final of a two-part series on the state of the nation

Acts of hostility in public do not have to take violent forms. They can assume the semblance of orderly conduct.

What public messages can we read from the manner in which the succession process for the chief justice was handled? We can read the following: merit in the appointment of public officers is no longer a necessary criterion. Proven experience and competence, local and international repute, authority and respect for seniority are no longer absolute requirements.

If this is so, what criteria should replace them? No matter what process was put in place, including the televised interview of a single nomination, the message is clear, and it is no ordinary message; it is a game-changing message according to which the state must now function.

The reasoning public in South Africa deserves to know from its president why, with single-minded purpose, he decided to do away with proven methods of succession in this case. After all, don't these apply to the ANC? His silence in the face of this ringing question may have deprived us of the wisdom of his leadership insights. Could it not turn out, once we knew, that we may understand where he came from? For now we have only his silence and the persistence of his inexplicable actions.

A process of judicial succession that required wise and sensitive management divided the country considerably and rendered vulnerable one more public institution: the Judicial Service Commission. Despite the impressive interrogative performance of many interviewers, it did not take much of an imagination to sense the direction in which things would go in the total scheme of things.

There was only one candidate. Then there may have been the felt pressure to resolve the issue expeditiously and end the misery. Then there were members of the JSC conceivably conflicted by virtue of their positions in government. There was also the phenomenon of informal circles of support, or the lack of it, around the pressure of a declared presidential preference.

The country and its new chief justice will have to live with deeply divided public opinion. There was no manifest rigour, sensitivity, or the sense of justice and fair play expected to accompany an appointment to the highest office of justice in South Africa. It is not Chief Justice Mogoeng Mogoeng as such who is under scrutiny. Rather, it is how public systems have evolved in the past few years to the detriment of public confidence. The focus on an individual should not take the public gaze away from the integrity or the progressive lack thereof of public systems.

Perhaps the biggest impact is on future generations of South Africans who, once current leaders have gone, will have become habituated to a public culture fractious in the extreme. The phenomenon of the ANC Youth League in its current condition is worthy of reflection, for it refracts a bigger issue: the relationship between adult South Africans and their young.

The events I have reprised here present us with a scenario of the demise of countervailing adult authority in which there is no answer to the Lord of the Flies syndrome, where young people in the absence of adult authority form a society that descends into murderous anarchy. Like the child soldiers in some countries to our north, our young have been deeply let down by their adults.

Let us remember that if Julius Malema and other members of the ANC Youth League are facing disciplinary charges for "bringing the ANC into disrepute and sowing divisions within ANC ranks", this could not have happened without the sanction of the leader of the ANC. But who can be deemed to have brought South Africa and its legal institutions into disrepute in 2009, when charges of corruption were mysteriously dropped without a transparent process of law, to the benefit of a future president who did not at the time in any way defend or protect the very laws he would be expected to uphold when in office?

Justice and fairness are distributed values. They follow a simple ethical law: do unto others as you would have them do unto you. If we put our country above our political parties, we will appreciate the fullest import of this ethical law. This law gives us the basis on which to build a shared public life. It is the source of public solidarity. It makes every political party, every business, and every institution a subset of the national community.

Each subset gives away something of itself to the pool of public affiliation. This ethical law inspires public confidence. It widens loyalty to public office, particularly the office of the president, beyond sectorial loyalties that exclude. By this understanding, a majority in government is only that. By definition, a majority of anything is not everything.

This ethical law is the source of affective social affiliation. It promises and may even yield for citizens - old and young - a sense of security and be a potential index to their state of happiness.

But where it is more often violated than honoured, it is not only legal constraints that are diminished or even removed, but also the sense of shame, a time-honoured public constraint, that is closely related to conscience, and which operates in the domain of wise adulthood to cultivate in the broad society.

As it is, it is difficult to discern in the spread of youth revolt around the country any articulated ethical impulse that drives it. Much as I am not attracted by a great deal of Malema's behaviour, my overall reaction is always tempered by my understanding of my own youth. That is why I understand and even welcome the young testing social limits. But against the absence of countervailing adult authority to provide ethical, legal, moral, intellectual, spiritual, political, or even corrective limits, the energy of youth soon transforms into a revolt uninformed by strategic understanding and guiding principle.

In such conditions, the public-spiritedness of democracy suffers considerably. The faith in the healing possibilities of public solidarity wilts.

That is why we need the following to occur:

Instead he was all but urged on, and exposed to no significant sense of limitation, parameters, boundaries. Some listened to his rants with the quiet approval of calculating beneficiaries. In time he became a roller coaster of energy and performative conviction. And when he pushed harder and harder, and his elders in the organisation were in danger of becoming his victims, his seniors sought to discipline their Frankenstein's monster. Too late. It is now not only Malema who needs discipline, but the mother body itself, the ANC. And who should discipline the disciplinarian? It is the people of South Africa.

These could be the key questions of our times: the moment for the people of South Africa to step towards new frontiers of their freedom.

The time has come for the people of South Africa to reconnect with their truest aspirations; to restore their constitutional compass; to restore authority and dignity to their public institutions; to uphold the symbolic and unifying gravity of public office; to restore merit as a criterion for achieving excellence in service; to create wealth honestly; to work harder and increase productivity for the common good; to heal their public lives and appreciate one another more; to restore peaceful protest; to teach and guide their children, and care for their sick under all circumstances; to recover shame and conscience; to restore their deepest sense of honour, purpose, and conviction, which have been the foundation of 100 years of organised service in pursuit of justice and human dignity.