Duduza to be declared disaster zone 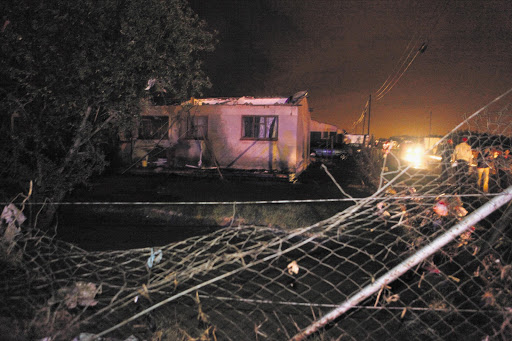 The aftermath of the storm. File photo.
Image: SIMON MATHEBULA

The tornado-swept town of Duduza, near Nigel, south-east of Johannesburg will be declared a disaster area, Ekurhuleni mayor Mondli Gungubele said on Monday.

"Nature has disrupted the lives of our people. We are in the process of profiling each household, and organising a team to co-ordinate the relief efforts," Gungubele said.

An eight-year-old child died and over 160 people were injured when the storm tore through the township on Sunday night.

Hundreds were left homeless and spent the night at a local multi-purpose centre.

Gauteng health MEC Ntombi Mekgwe said six people were arrested while they were looting homes in the aftermath.

"This is the first time that something like this happened in the area. Everyone panicked, and no-one knew what was going on."

Mekgwe said she was inspired by the actions of residents during the night.

"I saw a young lady carrying a child that was not her own. The child was injured and she said she would take him to the hospital while his mother sorts out her home," she said.

Gungubele said the cost of the damage still had to be assessed.

DA MP Jack Bloom said an investigation had to be done into poor construction of RDP houses.

"The houses were poorly constructed. The walls were not reinforced. And it's these things that have caused most of the injuries.

"There was no cement between the bricks, and they fell apart... .It's almost as if you can build a new house from the same bricks."

Earlier on Sunday, a nine-year-old boy was killed and 42 people injured in a tornado in Ficksburg in the Free State.

"[It] has killed one and left more than 1000 houses destroyed," Netcare 911 spokesperson Chris Botha said.

Hundreds of people were left homeless.