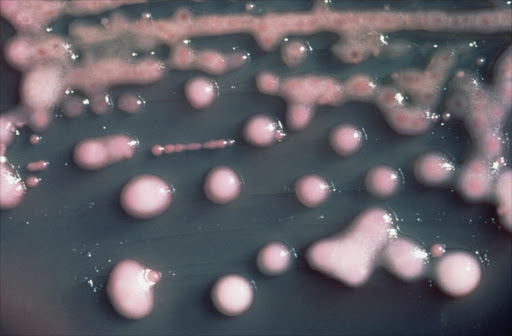 Klebsiella pneumoniae, the bacterium in which NDM-1 was first identified.
Image: Centers for Disease Control and Prevention

A drug-resistant "superbug" that has its origin in India is causing panic in Gauteng private and public hospitals.

The enzyme, called New Delhi metallo-beta-lactamase (NDM-1) - which produces bacteria resistant to a broad range of drugs - is believed to have already contributed to the deaths of three patients at Life Glynnwood Hospital in Benoni.

The patient who came into contact with it is now "fine", according to infection control expert and Wits Medical School Professor Adriano Duse.

"We think that this is just the tip of the iceberg," he said.

People who have contracted the "highly transmissible" NDM-1 become resistant to most antibiotics, including penicillin.

It is not clear whether the deaths of the three patients at Life Glynnwood Hospital were directly caused by the superbug. However, Duse suspected that the NDM-1 could have contributed.

NDM-1 spreads quickly, especially in hospitals. It mainly affects people whose immune systems are compromised or are susceptible to infection.

Medical experts say it responds to only two antibiotics available in South Africa.

The "superbug" was first identified in Delhi, India, in 2009 and has since spread to countries such the US, UK, Pakistan, Canada, Japan and Australia.

Duse said that "bugs travel with people" and that the superbug could have been brought to South Africa by a foreign patient who was transferred to a local hospital for a specialised procedure.

He said infection control measures were critical in preventing the spread of the bug.

The National Institute of Communicable Diseases is setting up a monitoring programme and a referral diagnostic service to deal with the spread of the enzyme.