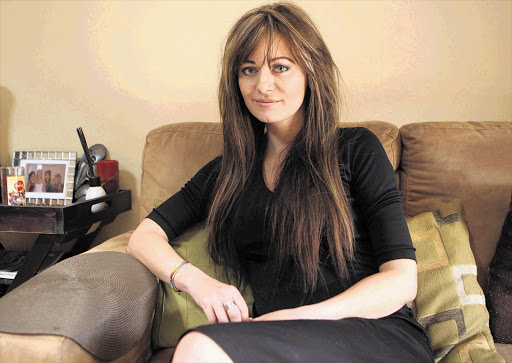 SERIOUS INJURIES: 'I must get the compensation that the Road Accident Fund intended me to get,' says Juanne de la Guerre Picture: SIMON MATHEBULA

A beautician has taken one of South Africa's top personal injury law firms to court after it deducted more than R1-million in costs and other expenses from her R2.8-million Road Accident Fund payout.

In a case that could have far-reaching consequences, Juanne Elize de la Guerre has asked the High Court in Pretoria to declare the "percentage contingency fee agreement" she signed with Ronald Bobroff and Partners invalid.

She is also demanding that the law firm furnish her with a copy of an itemised and detailed bill of her legal costs reflecting its fees and other disbursements.

De la Guerre, who lives in Boksburg on Gauteng's East Rand, sustained serious head, neck and back injuries in a car accident in November 2005. She was a passenger and was flung out of the vehicle. She approached the Johannesburg-based law firm to claim damages from the Road Accident Fund on her behalf.

Because she did not have any money to finance her legal challenge, she entered into a contingency fee or "no win, no fee" agreement in terms of which she would not be held liable for any of her lawyers' costs if she lost the case.

According to the agreement the law firm would be entitled to 30%, plus VAT, of all monies recovered from the RAF "irrespective of the amount of work done".

However, a further R195432 for disbursements was also taken. This included fees for the firm's legal counsel and medical experts.

In court papers De la Guerre accuses Ronald Bobroff and Partners of "failing to act in my best interest".

According to the Contingency Fees Act of 1997, contingency fees are limited to either 25% of the amount awarded in the judgment or double the attorney's usual fees, whichever is the lower amount. The Sunday Times was told that lawyers have generally been disregarding the act and charging their own fixed-percentage fees.

De La Guerre wants the firm to refund her the difference between what it charged her and what it was entitled to charge her.

De la Guerre told the Sunday Times this week: "They must be paid for a fair day's work and I must get my compensation that the RAF intended me to get."

She said she had suffered epileptic fits since the accident and rarely socialised. "I used to be a social butterfly and liked to club and party. Now I just sit on my couch and do nothing."

Her attorney, Anthony Millar, from the law firm Norman Berger and Partners, said lawyers should not "profiteer off the misery of accident victims".

"They [clients] sign such agreements because their bodies, lives and spirits are broken and they feel they have no other choice."

Millar alerted the Law Society of the Northern Prov-inces about the case and was assured it fully agreed that attorneys who entered into invalid or illegal fee agreements should be sanctioned.

Ronald Bobroff, who will oppose the court action, said the fixed percentage fee contract gave "those who would otherwise not get the keys to the courthouse, access to justice".