Lies told about Israel are beyond belief 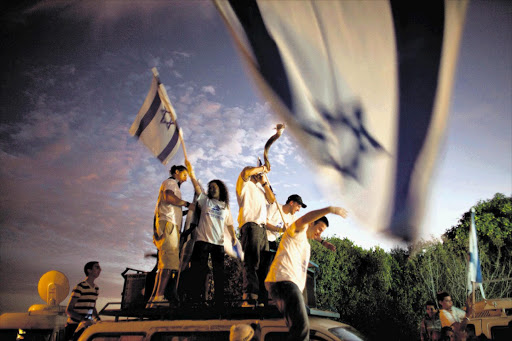 A new flood of propaganda is about to add to misconceptions about the state, writes Benjamin Pogrund

THERE is much passion among South Africans about the Israeli-Palestinian conflict. It's understandable. The struggle against white domination and apartheid was against ethnicity and tribalism. The aim was a united, nonracial South Africa.

Israel, to many South Africans, seems to run counter to this. They view it as an apartheid and racist state; some even say it's worse than apartheid. Its founding ideology, Zionism, is rejected as racism. It is pilloried as a colonialist oppressor of Palestinians.

But merely to believe, or even say, these things doesn't mean they are true. Repeating them over and over doesn't make them true.

Yelling slogans to the effect that "Israel is apartheid" and "Zionism is racism" doesn't make any of it true.

The accusations are not true. This year I spent three-and-a-half months in South Africa, mostly as a Visiting Fellow at the Kaplan Centre at the University of Cape Town, and day after day read condemnations of Israel. Some were justified: Israel is as imperfect a society as anywhere else; moreover, its occupation of the West Bank and siege of the Gaza Strip lay it wide open to criticism.

Yet the attacks go beyond reality. They depict a racist monster which does not exist. I was astonished by the lack of knowledge which leads even well-meaning people into unjustified and cockeyed attitudes. The widespread ignorance also opens the way to manipulation: there are people who, for reasons best known to them, are malevolent and hate-filled towards Israel; it's depressing to read their lies and distortions, and even more to find that they are believed.

A few examples: it is not true, as some claim, that the United Nations did not consult Arabs before voting for partition of Palestine, in November 1947. A UN committee of inquiry was followed by full debate in the General Assembly - and led to voting, with a two-thirds majority, to create an Arab state and a "Jewish state". Both the US and the Soviet Union backed it. Jews accepted partition, Arabs didn't, went to war, and lost. Israel is the UN-sanctioned "Jewish state".

No one objects to Saudi Arabia having only Muslims as citizens. No one objects to Pakistan and Iran and others declaring themselves an "Islamic state". They are ethnic states. Israel is also an essentially ethnic state. Is it any less valid? Yet why is the "Jewish state" singled out for condemnation?

Much misunderstood is that Arabs are 20% of Israel's population. As a minority they suffer discrimination; that's wrong, but is hardly unique in the world. Crucially, however, they have the vote and all citizenship rights. On the other hand, Palestinians on the West Bank and Gaza are not Israeli citizens and have no Israeli rights; the current international controversy is about them establishing an independent Palestinian state.

Another accusation is that marriages across the lines are barred, like apartheid's Mixed Marriages Act. The truth is a long way from that and has to do with religious rules - Jewish, Muslim and Christian - going back to the Ottoman empire 100 years ago. Several thousand couples defy the restrictions every year and go abroad to marry; their marriages are legally recognised on their return to Israel.

This sort of distortion is repeated regarding land, education, health and every aspect of society. The bottom line is that there is nothing remotely like South African apartheid.

I am writing this now because a flood of anti-Israel propaganda is about to pour over South Africa. It is coming next month through the Russell Tribunal on Palestine.

The tribunal describes itself "as an International People's Tribunal created by a large group of citizens involved in the promotion of peace and justice in the Middle East". It meets in Cape Town on November 5, 6 and 7.

It's theatre: the actors know their parts and the result is known before they start. Israel is to be dragged into the mud.

If anyone is in any doubt, look at the players: almost without exception, everyone has a publicly known - and hostile - stance towards Israel. Their motivations might vary, but the message they pump is the same.

Words like "tribunal", "jury" and "findings" mislead. There will not be any calm and dispassionate consideration of facts and a desire to understand the complexities resulting from history and wars: a quick Google check tells the story, from the naked prejudices of such as Ronnie Kasrils and John Dugard, to Cynthia McKinley, the former US Congress member whose loss of her seat was attributed to her loopy ideas of a Washington role in the 9/11 terrorism.

Money is part of the game: it's expensive to fly lots of people around the world, to sessions already held in Barcelona and London, now in Cape Town, and the US still to come. The players surely do not stay in youth hostels or live on hamburgers. According to the organisers, the Cape Town event alone is budgeted at R2-million. A French publisher has given à100000. Who is paying the bulk of the huge costs? And why?

And is anyone conscious of the irony of this bit of play-acting while in Israel's northern neighbour, Syria, 3000 pro-democracy protestors have died and the killing continues?